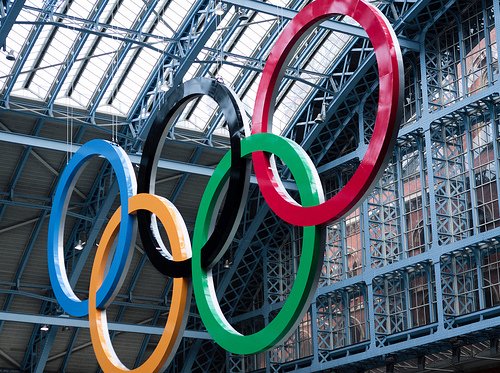 While most eyes converge on virtuous visions of sporting glory at the Olympics, a coalition of US and UK socially responsible investors wishes to shift focus and send out a call for staff, suppliers and partners of the games to recognize and avoid trafficking of workers into slavery.

Christian Brothers Investment Services (CBIS), a leader in socially responsible investing (SRI), alongside a coalition of 37 US investors are relying on a united force of ethical investment initiatives to battle the potentially damaging effects of Olympic tourism.

“While we anticipate inspiring examples of athleticism at the Olympic Games, that same dedication will be needed by Olympic sponsors and London area hotels to ensure that trafficking and slavery is eradicated within their spheres of influence”, said Julie Tanner, assistant director of SRI at CBIS.

“With the help of our allies in the U.K., our initiative can help focus attention on this global problem.”

On March 5, the coalition sent letters to 32 companies, calling for immediate action to investigate the ethical productiveness of London 2012 partners and to draw upon the potential to raise public awareness of the issue.

Of the companies contacted, many have now announced their support and keen desire to stop the issue of trafficking from blighting this summer’s games. Those in the tourism industry include: Accor, Best Western, British Airways, Hilton, InterContinental Hotel Group, Starwood, Thomas Cook, and Whitbread. Olympic sponsors who acknowledged the letter include: Adidas, BMW, Coca-Cola, John Lewis, Macdonald’s, Next, Sainsbury’s and Samsung.

“We are very heartened that the vast majority of companies that received the letter will be taking action. Companies that already have formal anti-trafficking programs in place are showing genuine leadership, including conducting training sessions for staff and for suppliers, to help end this practise once and for all,” said Lee Coates, chair of the ECCR.

In addition, a select few members of the coalition wrote to the International Olympic Committee (IOL) to insist that all Olympic sponsors, suppliers, contractors and host cities take concrete steps to eliminate commercial sexual exploitation of children and labour trafficking. “Some reports indicate that the potential for trafficking victims for the purpose of commercial sexual exploitation and/or slave labour increases at major sporting events”, say the committee, who also go on to recommend the following guidelines:

Lastly, in a venture to involve the public in their mission, the coalition has launched a Celebration Without Exploitation website. The forum currently stands as a beacon for multiple concepts about the risks of trafficking and slavery as a result of Olympic tourism.

The initiative is perfectly in line with a private member’s bill introduced in the House of Commons in February by Slough MP Fiona MacTaggart. The proposed law would require retailers and manufacturers in the UK to disclose the steps they are taking to eradicate slavery and human trafficking from their direct supply chains and is modelled on The California Transparancy in Supply Chains Law.

Louise Rouse, director of engagement at FairPensions said, “The coalition’s Olympic campaign demonstrates investor support for adequate corporate disclosures of policies on the identification and eradication of human trafficking and modern day slavery from business operations.”

Visit the Slavery-Free London website for more information and to sign the pledge. If you’re still not inspired, shock yourself into action by working out your own slavery footprint.