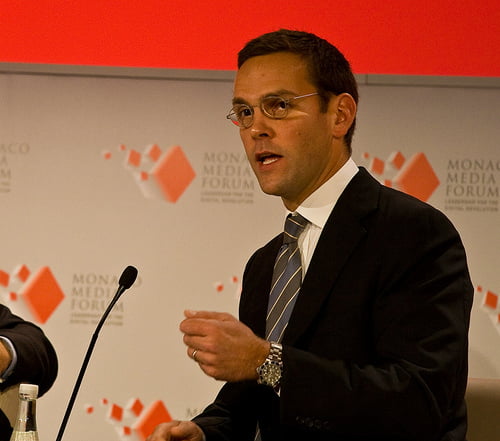 A responsible investment campaign group has called for James Murdoch, son of media mogul Rupert, to step down from his position on BSkyB’s board, saying he “lacks the requisite skills” for the role.

FairPensions’ strong recommendation to Murdoch Jr, who resigned as chairman of BSkyB in April in the wake of the phone hacking scandal but remained on the board, comes exactly a week before the broadcasting organisation’s annual general meeting (AGM) is scheduled to take place.

Campaigners hope that several of BskyB’s major investors – including some of the largest pension funds in the UK – will take action at the AGM to oust Murdoch from the corporation altogether.

“Non-executive directors of major British companies are responsible for oversight of management on behalf of shareholders, including pension savers”, said Catherine Howarth, CEO of FairPensions.

“Whatever Murdoch’s talents as an executive, his failure to ask difficult questions over phone hacking shows he lacks the requisite skills for this role on BSkyB’s board. Shareholders and the wider public have a clear interest in his departure.”

The movement has also been backed by corporate governance advisory firm PIRC, which in September also issued similar calls for Murdoch’s resignation.

“Given he continues to be a focus for severe criticism, it’s difficult to see the net benefit shareholders gain from his continued presence on the boards of either News Corp or BSkyB”, a spokesperson told The Telegraph.

“There were several opportunities for him to dig deeper and address the failings at the News of the World, and he missed every one of them.”

It was announced in August that Rupert Murdoch had order News Corporation to set up a global ethics team after many high profile investors, including the Church of England, pulled out of the company altogether.

FairPensions has set up a petition that urges James Murdoch to step down from BSkyB – just as he has done from GlaxoSmithKline and Sotheby’s.

“In light of Ofcom’s criticism of you in the report dated September 20 2012, and given your own acknowledgment of your failings at News International, I ask that you step down as a non-executive director at BSkyB”, the template petition letter says.

“I believe you have failed to fulfil the duties expected of a non-executive director.”

Howarth added that she agreed with PIRC’s recommendation for a vote on whether Murdoch should be re-elected – claiming that it is well within the rights of investors to speak out on the issue.

“Pension savers with holdings in BSkyB deserve to have confidence in the directors of this important British company”, added Howarth.

“The investment firms casting votes on their behalf should vote against Murdoch next week.”

FairPensions recently announced that it was to host a training event in November, in order to encourage employees and shareholders to campaign for responsible investment within their pension funds.

The group was influential in empowering WPP shareholders to vote against Sir Martin Sorrell’s inflated pay-packet – an issue it has been vocal about more generally in the past.