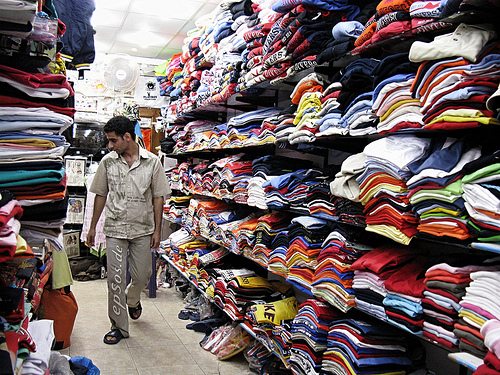 Almost 70% of people buying clothes would agree to pay a bit more to have a product made by workers with decent wages and working conditions, but many still look for the cheapest option, according to a poll.

The Ipsos Mori survey conducted for Canadian television channel CTV found that the majority of shoppers are happy to pay a little extra for the guarantee that workers in the garment industry have been treated and paid fairly.

The poll investigated the opinion of 18,500 customers in 16 countries and almost three-quarters said they would look at ethical clothing, even if these cost a bit more than ordinary products.

However, for almost half of respondents, the cheapness of a product is the most important thing – even more important than workers’ conditions in the developing world.

In addition, two-thirds believe that in the event of a serious incident at the workplace – like the one that occurred in Bangladesh in April, when over 1,000 of workers died – it is the local authority to blame, and not companies operating in the buildings.

Nevertheless, 38% of people interviewed declared that they are boycotting one or more brands for ethical reasons related to poor conditions of employees.

Earlier this month, international development minister Alan Duncan announced that the UK will be working with manufacturers to improve safety conditions at the workplace in Bangladesh, to avoid future tragedies.

Meanwhile in the US, campaign groups have tried to put pressure on Walmart to make it review the wages and working conditions in the US and overseas.