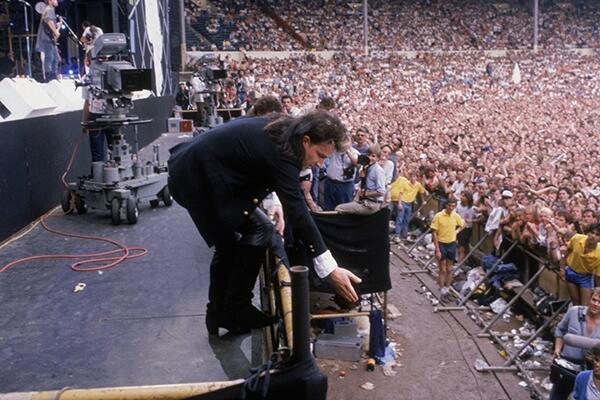 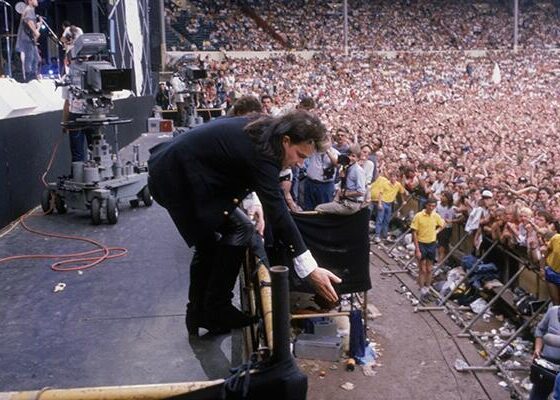 On this day 29 years ago, the global Live Aid concert raised millions of pounds for charities working to end the devastating Ethiopian famine.

Masterminded by Bob Geldof and Midge Ure, fresh from their success with the Band Aid Christmas campaign, the record-breaking event raised far more than the expected £10 million. Estimates of the eventual sum range from £50 million to £150 million.

The concert took place simultaneously on both sides of the Atlantic, at Wembley Stadium in London and John F. Kennedy Stadium in Philadelphia. 172,000 people attended, but around the world an estimated audience of 1.9 billion tuned in through their TV sets.

They were no doubt attracted by a truly star-studded line up, that included Queen, David Bowie, U2, The Beach Boys, The Who and Paul McCartney, but viewers gave in their millions to support a worthy cause.

Across the UK, donors gave up to £2,000, while the ruling family of Dubai gave the biggest single donation of £1 million.

The money undoubtedly helped, and the famine eventually ended. But it would not be the last famine, and successive humanitarian crises around the world inevitably lead to questioning of Live Aid’s legacy.

Undoubtedly, the concert spawned many imitators. In 2005, Geldof organised Live 8 – a series of further concerts around the world – to raise awareness about global poverty. Televised charity fundraisers occur annually and remain national events. The public are still generous.

But some have accused Live Aid, and today’s equivalents, of oversimplifying complex political issues and creating the harmful idea that the western world can solve faraway problems with celebrity appearances and cash donations.

Others suggest that the line up itself – made up of entirely western stars – promoted this sense of ‘the west knows best’.

“I mean, who’s this gratifying and where are the Africans? Where was their say?” said Rolling Stones guitarist Keith Richards, refusing to take to the stage for Live 8.

Such objections ask valid questions. But the all-too-frequent assertion that persistent crises prove charity does not work is irresponsible.

The professionalisation of philanthropy in the years since Live Aid has seen donors getting to the root of global problems like never before.

For example, prominent philanthropists such as Bill Gates, whose foundation donated some $225 million (£137m) to the cause, were recently praised after India was confirmed polio-free.

With a focus on measuring impact, targeted philanthropy and social impact investment can truly make the world a better place.