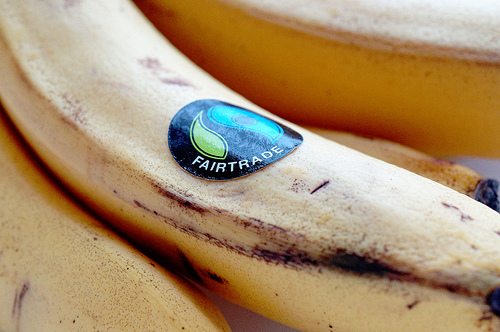 Britons are more likely now to buy Fairtrade goods, organic food and environmentally-friendly products than they were in 2011, according to a new study.

A survey by market research firm Nielsen suggests that the public are happy to pay a little extra for products that are more sustainable, ethical and have a smaller footprint, despite the economic troubles that many are experiencing.

A quarter of UK shoppers have said they would buy products that are fairer and greener – an 8% increase on the figure from spring 2011.

Click here to read The Guide to Fair Trade 2013

Mike Watkins, senior manager of retail services at Nielsen, said that the shift had been helped by a greater availability of organic and Fairtrade products in supermarkets and shops.

“Improved marketing contributes to better awareness and education about such products and helps compensate for any perceived quality trade-off between eco-friendly and standard versions”, he said.

Globally, the survey found that the percentage of those willing to spend money on ethical goods has risen from 22% in spring 2011 to 46%, thanks to widespread knowledge of factories practices and recent food scandals.

A similar study by Nielsen published in June, found that the number of consumers who buy from socially responsible companies had grown by 5%, especially in Asian countries such as India, Philippines, Thailand and Indonesia.

In January, a Co-operative Group revealed that the ethical consumer market had grown to £47 billion, despite the economic recession, up from the £13.5 billion it was worth in 1999.

The Neilsen study didn’t cover the public’s attitude to buying clothes. But a separate survey conducted among 18,500 people in Canada for television channel CTV in June said that almost 70% of people would agree to pay a bit more to have their clothing made by workers with decent wages and working conditions. However, it added that many still look for the cheapest option.