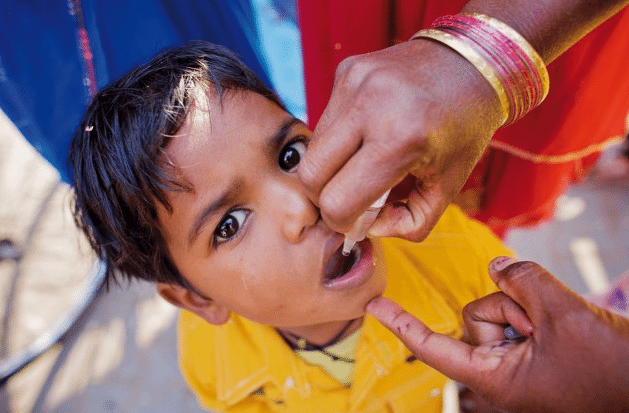 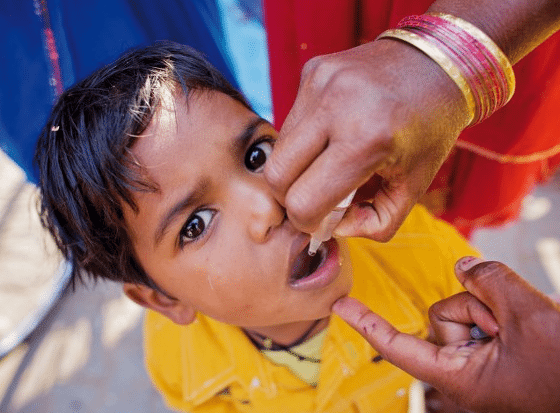 India has celebrated its third consecutive year with no new polio cases reported – a milestone that sees it declared a polio-free country. A number of philanthropists and organisations, including the Bill and Melinda Gates Foundation, aided the achievement.

India was removed from the World Health Organisation’s (WHO) list of polio-endemic countries in 2012. It is expected to officially announce its status as a polio-free country in the coming weeks.

Health minister Ghulam Nabi Azad said, “This monumental milestone was made possible due to unwavering political will at the highest levels, commitment of adequate financial resources, technological advancements like the bivalent vaccine and tireless efforts of millions of workers.”

Polio is a highly infectious viral disease, which mainly affects young children, and is transmitted through contaminated food and water.  During the 1980s, India had more than 38,000 reported cases of polio, caused by poverty, poor sanitation and dense population, but this rapidly fell from 1987. Polio is only the second disease to have been eradicated in India through immunisation.

The Global Polio Eradication Initiative said that India was once considered the “most challenging place on earth to end polio”.

The organisation added, “India also proves the virus can be eliminated under the most complex circumstances, providing inspiration and technical guidance for eliminating polio in the three endemic countries: Pakistan, Afghanistan and Nigeria.”

Bill Gates, whose foundation with his wife Melinda donated some $225m (£137m) to the cause, described the milestone as “one of the most impressive accomplishments in global health, ever.”