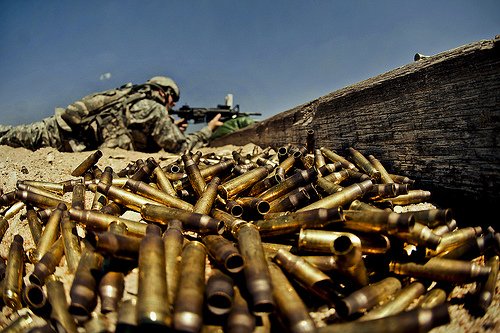 A freedom of information (FOI) request lodged by The Huffington Post has revealed that some of the UK’s top universities received at least £83m in funding from companies in the arms trade between 2008 and 2011.

The request to disclose this figure was put to the 24 institutions that make up the high-calibre member organisation, the Russell Group, which includes Cambridge, Oxford and five London-based universities.

Birmingham, Glasgow, Liverpool, Manchester, University College London and Warwick all refused to reveal how much they contributed to the total, the London School of Economics said it hadn’t received any funding of this kind, and Durham placed its total at just £67,000.

It was discovered that the remaining 16 institutions, though, had collectively received over £83m from the arms trade in the three-year period from 2008-2011 – nearly 72% of which came from private companies, with the rest sourced from the Ministry of Defence.

The news has sparked uproar amongst arms trade campaigners, with many saying that unethical investments of this kind by respected institutions sends out the wrong message to the public.

“By partnering with arms companies universities provide them with a veneer of respectability and help them to continue their devastating work.

“Universities should play no role in supporting the arms trade.”

Responding to the results taken from the FOI request, a spokesperson for the Russell Group said, “Like all world-class universities, Russell Group institutions collaborate with a number of public and private sector companies on a wide range of leading research projects, including in the defence sector.

“All our universities have robust systems in place to ensure any partnerships are appropriate.”

And it seems that in most cases, this particular spate of unethical investment is the latest in a long list of tarnished financial dealings.

The Green League is a yearly chart that ranks institutions by their environmental and ethical performance. Each university is given an overall grade, ranging from first class, through to upper second class, lower second class, third class and down to failed.

Of the nine institutions that failed on ethical investment, Sheffield fared the worst, ending up with a third class score, while Cambridge, Southampton and Imperial College London performed marginally finished in the lower second class section.

And Imperial College emerged as the institution that had received the largest share of the £83m arms trade funding, after it scooped some £15.2m over the three-year period, in front of Sheffield (£13.8m), Cambridge (£13.8m) and Oxford (£9m).

A number of the universities have since responded to the accusations. A spokesperson for Oxford told The Huffington Post that all of its funding from the arms trade were from legitimate sources and would not be deemed illegal by UK law.

Universities part of the elite Russell Group might top every other educational ranking, and indeed, they might all house many of the UK’s future business and political leaders. But it seems that sustainable investment is, on the whole, not one of their strengths.