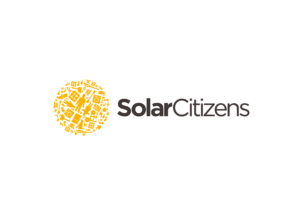 Research published by Solar Citizens suggests that in Australia the number of voters with solar panels installed on their houses is higher than the number of voters required to change the current MP in an area. Research shows that 80 per cent of Australia’s federal constituencies contain voters with solar panels on their roofs. Solar Citizens are urging major parties to improve their stance on renewable energy.

Claire O’Rourke, National Director of Solar Citizens, said: “With just one month to go until polling day, politicians need to be clear that in 121 of the 150 lower house seats in the House of Representatives there are enough solar voters that could change their MP, and turn politics in this country on its head.

“What this research shows is that both parties need to come out and better address their stance on renewable energy. Three million Australians, or one in five people of voting age, now live under a solar-powered roof, making them an influential and rapidly growing constituency that politicians ignore at their peril.

“Neither of the major parties wants to admit renewable energy is a serious election issue, but poll after poll tells us it is a vote-shifter.

“The research shows solar ownership is more prevalent in rural, regional and outer mortgage belt suburbs, where marginal electorates are most prevalent.

“Major parties are always chasing marginal seat wins – if they want to lock in a strong election win, they should actively support the three million voters who support clean energy.”

Recent polling shows that 64 per cent of all Australians would be more likely to vote for a party with a policy transition our economy to 100 per cent renewables in the next 20 years.

Ms O’Rourke added: “These people are average Australians who decide to back renewable energy by installing solar panels on their roofs. They do this because they know, in the long run, it will reduce their power bills and save the environment.

“They want to know our federal government is doing the same.

“The jobs and growth mantra lacks any substance without a serious position on renewable energy investment and the public is sick of being played for fools. A report released this week by the Clean Energy Council (CEC) has highlighted the loss in jobs in the renewable energy sector in the 2014-15 financial year following a cut to Australia’s Renewable Energy Target.

“If jobs were really the target, they need look no further than the renewable energy sector which displays real job prospects and innovation as well as a practical response to transitioning our economy away from fossil fuels.”

The Solar Scorecard looks at a number of factors relevant to the political power of solar voters, examples of electorates and the methodology and results can be found via the Vote 1 Solar campaign and the Homegrown Power Plan.