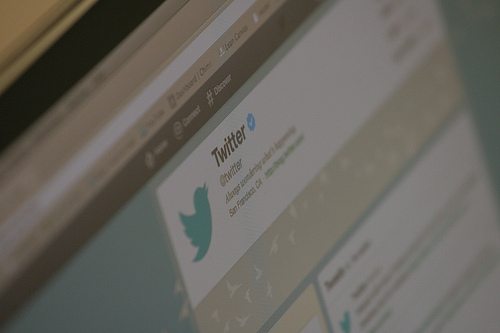 Ex-footballer turned commentator Stan Collymore has drawn attention to Twitter’s failure to effectively control online abuse. He is right when he accused the social network of “not doing enough” to combat racism, homophobia and sexism, “all of which are illegal in the UK.”

Collymore’s suggestion that Liverpool’s Luis Suarez had cheated by diving during a match on Saturday against Aston Villa triggered an avalanche of abuse and threats of violence. Much of the attacks focused on Collymore’s race.

Twitter brushed off critics, saying that the company was unable to comment on individual users. It went on to say its “established processes” for working with law enforcement were adequate.

In any other walk of life, such abuse would lead to swift prosecution. Any establishment turning a blind eye or giving a platform to such incitement to violence would risk fine or closure.

This is not the first or most extreme instance of this level and kind of abuse and certainly won’t be the last. Women and those from black or minority ethnic groups attract particularly unpleasant and violent verbal attacks. Threatening someone with violence is rightly illegal in the UK. Twitter, along with other social media, has a duty to prevent it from happening and ensure those committing the offence are reported to the police.

Twitter certainly has the talented people who could code the site in such a way that illegal phrases couldn’t be tweeted, and alert those typing them that they risk prosecution. It chooses not to.

This is not about censorship or political correctness, but abiding by the law of the UK. We can disagree with each other, and we would defend the right of someone to disagree passionately, but making racist, sexist or homophobic threats is unacceptable and anyone making them should be swiftly prosecuted. Allowing it to happen at your establishment, whether physical or digital, should also lead to a penalty or sanction.

Twitter is a truly remarkable innovation and provides an incredibly valuable service. Its license to operate depends on it creating an environment where local laws are obeyed and users are free to tweet without a threat to their person.

If you see online abuse or have been a victim yourself, report it at www.report-it.org.uk.

The police are reported to be investigating, and we fervently hope prosecutions result.

Twitter boosts IPO range, giving it a valuation of £8.5 billion