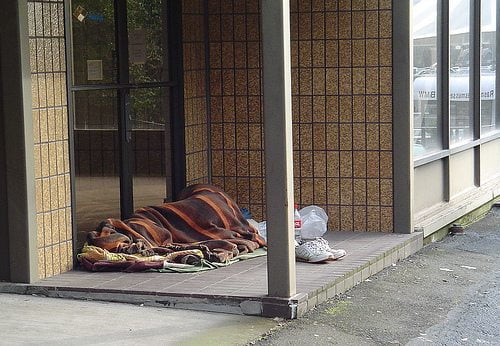 Thousands of homeless expected to visit charities centres over Christmas

Homeless charity Crisis has opened its doors to vulnerable people on Christmas day, as it expects thousands of visitors over the holiday period.

The centres in London, Newcastle and Edinburgh will be open until December 30, providing food and shelter to rough sleepers.

Crisis said that the period is one of the busiest of the year and have recruited more than 9,000 volunteers to give their time during the holiday season.

The charity will offer hot meals, haircuts, clean clothes and advice on health, housing and employment.

A recent report by Crisis revealed that the number of rough sleepers in the London area and the South have risen sharply. The number of people living temporarily in hostels and B&B also increased, as did those living in other ‘hidden forms’ of homelessness, such as concealed, sharing and overcrowded households.

The report says, “There are sharply rising numbers being made homeless by the loss of private sector tenancies, and the latest published statistics show that this is a continuing trend.

“In 2013 the UK economy has finally begun to show signs of recovery. However, policy factors, particularly welfare cuts, provide a growing cause for concern”.

Single people and youngsters appeared to be the most affected categories.

“We have a whole generation being shut out. Many cannot even find a room to rent”, said Leslie Morphy, chief executive of Crisis

“We must stop young lives being devastated by homelessness by changing the way housing benefit is calculated for young people so they can actually afford a home.”