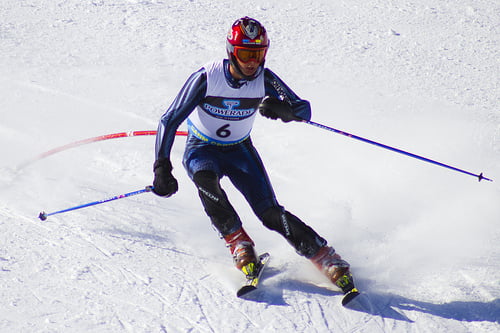 Seventy-five Olympic medallists have written a letter to Barack Obama, urging him to help tackle climate change for the sake of winter sports.

The appeal to the US president, from snowboarders, skiers and climbers among other sportspeople, refers to a 2012 report that highlights how climate change could affect winter sports and tourism.

“Last year was the warmest year on record, and once again, we’re currently experiencing another winter season of inconsistent snow and questionable extremes. Without a doubt, winter is in trouble.”

The athletes remind Obama of the importance of the winter tourism industry, which they say accounts for $12.2 billion a year in revenue and employs 212,000 people.

They ask the president to take two important steps: to reduce carbon emissions generated by US power plants “while boosting energy efficiency and shifting to clean energy sources”; and to reject controversial tar sands projects, including the Keystone XL pipeline.

Referring to the pipeline project, the athletes write, “It would unlock vast amounts of additional carbon that we can’t afford to burn, extend our dangerous addiction to fossil fuels, endanger health and safety, and put critical water resources at risk.”

According to Reuters, Obama is likely to boost investment in renewable energy and clean technologies, despite criticism from political opponents.

His budget plan for 2014 looks set to increase cleantech spending by 40%, while also financing other green measures such as investment in wind and solar power and electric cars.