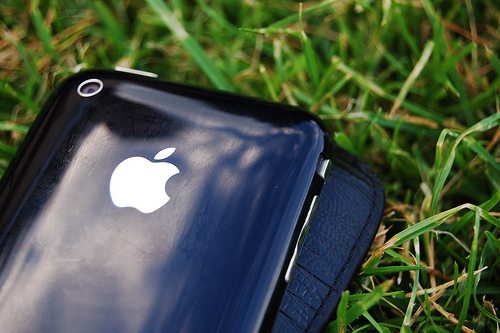 Consumers may soon be able measure the environmental impact of the products they buy, thanks to a smartphone app currently being developed at a UK university.

Researchers at Nottingham Trent are conducting a £2.6m study to develop myEcoCost – a barcode scanner that provides sustainability data for goods and services. The three-year study, which is being co-ordinated by German communications firm TriaGnoSys, will look to “revolutionise the way people shop”.

The idea is to present shoppers with information on the carbon footprint of a product, covering every process in its lifetime, from manufacturing to packaging to transportation. They will also be able to compare goods, and determine which are healthiest and have the smallest impact on the environment and natural resources.

As well as groceries, it would also cover clothing and services such as rail tickets.

Click here to read The Guide to Ethical Shopping 2012

Professor Daizhong Su of the university’s School of Architecture, Design and the Built Environment, said, “The aim is for consumers to make a more environmentally conscious decision about what they buy. For example, shoppers may choose a ‘greener’ product over another item which is the same price if they know that it has less of an impact on the environment.

“The desired knock-on effect of this would be that manufacturers would refocus their priorities and make their products and processes more sustainable, with luxury packaging, for instance, becoming a thing of the past and being deemed distasteful by society.”

The research project begins as figures from the Office of National Statistics (ONS) show retail sales increased during May, suggesting that consumer confidence is returning and the sector is getting back on track after a difficult period.

The Co-operative reported in January that the market for ethical goods and services had remained strong, despite the recession, growing to size of £42.7 billion. It was worth £13.5 billion in 1999.

In a survey conducted among Blue & Green Tomorrow readers for The Guide to Ethical Shopping 2012, over three-quarters said they would be considering the ethical or environmental impact of their Christmas shopping. Therefore, technology that allows them to actively measure the footprint of their purchases is likely to be a hit.

A similar app already exists for smartphone users called Buycott. However, whereas myEcoCost calculates the ecological footprint of products and services, Buycott allows individuals to support causes they like (such as backing the co-operative economy) and avoid those they don’t (such as avoiding sweatshops).