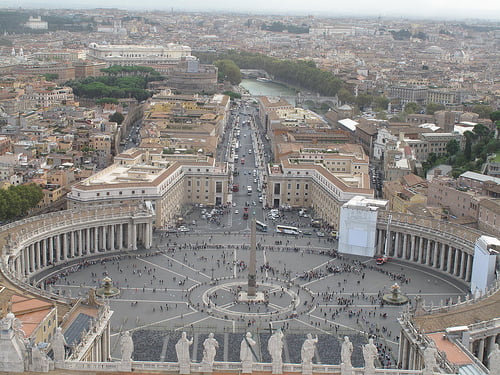 In the 2011 Italian comedy, We Have a Pope (Habemus Papam), a reluctant cardinal is elected pope in conclave, goes into hiding, seeks therapy and eventually resigns, causing shock to the Catholic community. We can only speculate if Pope Benedict XVI watched it.

The pope emeritus’ decision to resign at the beginning of the month, which took effect yesterday evening, has created a power vacuum at the top of the largest religious community in the world (with some 1.2 billion members). Rocked by many scandals, the Catholic church’s most senior leaders have assembled to elect a new pontiff. Two-thirds of them must agree.

They should choose with an eye on the long-term future.

There is a profound crisis for many Christians, who have seen their mother Church accused of covering up child abuse for decades, inappropriate behaviour of senior bishops towards junior clergy, financial irregularities, damaging leaks and in-fighting more associated with celebrities and secular politics than those supposedly of a more spiritual and peaceful perspective.

No-one can doubt Benedict’s theological knowledge and insight. That said, as Cardinal Ratzinger, he was always far too closely associated with those many scandals, as Pope John Paul II’s chief enforcer and prefect of the Sacred Congregation for the Doctrine of the Faith (the historical inquisition).

The Catholic church must now move into the 21st century on some core issues if it wishes to remain relevant. While we have an opinion, this is not the place to comment on some Catholic’s honestly held beliefs on priests marrying, ordaining women, same-sex relationships and the use of condoms.

We do however take a view about the investment policy and leadership on the environment. With over a billion followers and 2,000 years of wealth accumulation, the Catholic church is fabulously powerful and wealthy organisation.

Benedict earned praise for his repeated calls for stronger environmental protection, installing solar panels on the Vatican and signing an agreement to make the Vatican Europe’s first carbon neutral state. But he did not make a connection between investment and our environment.

Ethical investment grew out of the Quakers’ abolitionist views on slavery. We should all be grateful to those whose religious conviction was strong enough to overthrow the fiercely defended and profitable view of the day: that slavery was an acceptable commercial enterprise and endorsed by the Bible.

Ethical investment is far broader today, both thematically and in the religiosity or not of its advocates. Surprisingly, the Catholic church has not taken a leadership role in the debate on ethical or sustainable investment.

As the Financial Times reported in 2012, JP Morgan had hoped to replicate the success of funds compliant with Sharia law. The fund closed after a year.

As with the new Archbishop of Canterbury, we would like the new pope to make the church a responsible voice of sustainability and actively lead the debate on ethical investment and climate change. Nothing challenges the core tenets of Christianity more than the pervasive role of reckless financial speculation in shaping our world and the clear and present existential threat of climate change.

All the good work of priests and Catholic volunteers, often in the most hostile of environments, is for nothing if the church’s investments and political statements work against their actions.

In a few weeks’ time, the smoke over the Vatican will turn white and we will have a new pope. We fervently hope he is a truly enlightened and ethical one.

For those who believe in Jesus Christ as the son of God, and the primacy of the Catholic church, we imagine that’s the kind of pope He would want as His representative on earth.