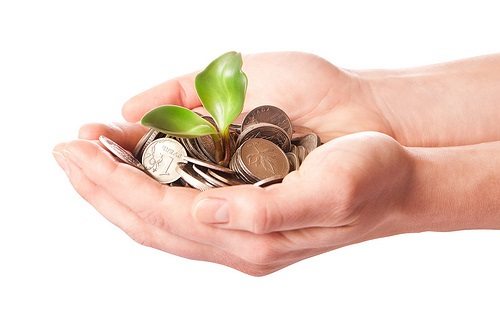 What does ethical and responsible investment offer to philanthropists and foundations?

I think the most interesting new approach is being able to leapfrog the traditional capital markets, and invest directly in an area that’s related to the mission of the philanthropist or the foundation.

There’s a famous example from the US where a charity that was set up by philanthropists to address health issues used to invest in the S&P 500, collect the dividends, buy mosquito nets, and then send them out to Africa. It now invests in microenterprises making nets in Africa. Obviously those microenterprises give a far lower financial return, but in terms of their overall philanthropic mission, which is all about how getting nets onto beds, they find this is a much more successful approach.

In general, amongst both philanthropists who have traditionally given away their money to charities, and those who’ve set up permanent endowments to sustain their giving, we’re seeing an increased interest in what the Charity Commission calls mixed motive and programme-related investment.

Mixed motive investment is where you get some financial return, but you’re taking quite a lot of your return in relevant environmental or social outcomes, and programme-related investment is where an even higher proportion of your return is from relevant charitable outcomes. Sometimes programme-related investment just aims to get your money back with no real financial return to speak of. It can be thought of as recycling grants – instead of giving the money away it helps deliver the mission several times.

This type of investing can be hard work for trustees and staff, so sharing due diligence costs and learning from each other’s experience is becoming more common. Interested foundations can join the Association of Charitable Foundations working group by contacting their deputy chief executive, Carol Mack.

How would you define philanthropy? 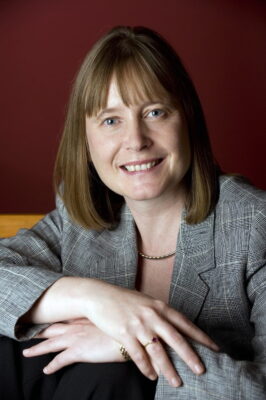 Philanthropy for me is all about that instinct to give away assets for charitable purposes.

I’ve always thought of the difference between charity and philanthropy as being about scale. Warren Buffett and Bill Gates are modern day philanthropists, whereas I tend to think of my more modest giving as charity, rather than philanthropy.

Philanthropists tend to be able to create mechanisms which turn into lasting institutions. I’m not wealthy enough to set up the Wildsmith Foundation, but Bill Gates has the wealth to sustain the Gates Foundation.

Why do you think a growing number of charitable foundations are looking at ethical and responsible investment?

I think foundations and charities are realising that their financial assets can actually help with their mission in multiple ways. So if they’re a human rights charity and own companies that haven’t quite got their policies and practices in line with latest thinking on businesses’ role in human rights, they can engage themselves or ask their fund manager to engage on their behalf.

At CCLA, 20% of the time we spend on stewardship, engaging with companies and voting at their annual meetings, is explicitly tailored to fit with our clients’ missions.

The flipside of investing for positive good and being a good steward of the assets you hold is making sure that charities aren’t investing in anything that fundamentally undermines their mission.

The Evening Standard recently had a headline article about local authority pension funds investing in tobacco while they were also running programmes to try and reduce deaths from smoking within their local areas. The Charity Commission guidance makes it much easier for trustees of charities to avoid things that conflict with their mission than other trustees. They can also avoid things that would make it difficult for the charity to continue to operate.

Reputationally damaging mistakes are usually unwittingly made. Traditionally there’s been a silo approach within charities and foundations, where financial experts look after the investment and then hand over the dividend returns to people who are experts in the mission. What we’re seeing now is people starting to work across those boundaries, and deal with ethical and responsible investment in all its guises, whether it’s engaging with companies and policymakers, avoiding certain things or seeking out investments that align really well with the mission. They are all good ways to make the money work harder for that important ultimate charitable purpose.

How much do you think charities rely on philanthropic giving?

Charities rely quite a lot on government contracts, selling services in the way that you buy your National Trust membership, and philanthropic giving.

I think at the moment, all of those sources are under pressure, because in times of austerity, the government and the public bodies have got smaller contracting budgets, people are giving less and people are cutting back on leisure activities, memberships and sponsorships. At the same time, for many churches and charities, there is more pressure being put on them to meet charitable needs.

What are the motivations for giving to charity or becoming a philanthropist?

I did a master’s degree in voluntary sector organisations about a decade ago, and there are multiple motivations for people getting involved in charity and philanthropy. I think, just as in the Victorian era, quite a lot of the instinct at the moment is people giving back to a society that has helped them create huge amounts of wealth, and the instinct that some of their expertise from business and other careers can help with some of society’s problems.  For example, some venture capitalists become venture philanthropists, bringing innovation to the sector.

That’s certainly the longstanding trend, but it might be one of those things that does change. If you think about organisations like Oxfam, Christian Aid and CAFOD, which traditionally focused on issues that are clearly linked to poverty and development, now they’ve got big programmes on the environmental issues that will disrupt progress in the developing world.

You see the same sort of thinking flowing through in philanthropy, if you speak to the family foundations with multiple generations of trustees. You’ll probably see an increase in interconnected systemic thinking as the sustainability crisis becomes more widely understood.

Any final thoughts on philanthropy, or ethical and responsible investment?

For both people who are giving to charity, and for philanthropists who are thinking about setting up foundations, remember that the core financial heart of a charity or endowment can also help with the charitable mission.

It is increasingly possible to make money and make a difference, by careful selection of investments and appropriate stewardship across the resulting portfolio.