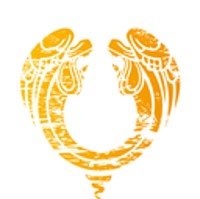 When individuals become a community: altruism alive in Lincoln

Church of England priest and journalist Giles Fraser recently explored altruism for Radio 4’s History of Ideas series. To him the ‘selfish gene’ theory can’t explain acts of altruism, the selfless concern for the well-being of others. As a priest he used the sacrifice of Jesus as an example of the ultimate altruistic act. Which leads us to an altruistic community project in the Cathedral city of Lincoln – Jesus Christ Superstar.

From August 1972, playgrounds across the UK reverberated with twisted lyric versions of the most well-known number in Andrew Lloyd Webber’s rock opera. I’d sung a version of the song but never seen the production. So I was intrigued in late 2014 by the buzz created by a proposed amateur staging of the rock opera, in Lincoln Cathedral.

Local entrepreneur and impresario Ben Poole conceived of a production that would bring together people of all ages and social backgrounds from across Lincolnshire and beyond, providing an opportunity for strangers and families to work together, learn new skills and improve their quality of life and wellbeing. Critically the vast majority of the large cast were to have little or no theatre experience. This was to be an inclusive and diverse volunteer community project.

Ever the perfectionist, Poole, who also runs Lincoln’s acclaimed Imperial Teas, was determined that the production would stand equal to any West End or Broadway production. Both Andrew Lloyd-Webber and Tim Rice gave their altruistic permission and blessing for the amateur production to go ahead. Local businesses and individuals donated considerable time, resources and money. The large cast committed to two nights a week through the winter and spring months and four nights a week in the final build up to opening night on 23 July 2015, the start of a ten-night run.

The Cathedral became involved when the producers approached them tentatively, happily lending the venue, their financial backing and name, so the community could participate in the life of an iconic building within the city. Right from the onset the project was built on the generosity expressed by all involved.

And the event sold out within days.

Interested as Blue & Green is in social impact, philanthropy and altruistic enterprise I was able to secure a press pass to review the show but also to explore its unique DNA. Attending a pre-show reception in the magnificent Chapter House of Lincoln Cathedral to chat, again there was a real buzz. We all knew the previous night’s first performance had been a triumph with a spontaneous standing ovation as the show ended.

We all took our seats in the magnificent 12th century nave surrounded by a large cast recreating scenes from first century Palestine. The minimalist and stepped stage set was juxtaposed by two massive medieval pillars of the Cathedral’s main tower. The production team had certainly pulled out all the stops with the costumes, staging, lighting and soundscape.

Rather than give a blow-by-blow account of this magnificent performance it is worth saying that by the interval, the lady to my right was sobbing and I may have had a speck of dust in my own eye. Without a religious bone in my body I was genuinely moved by a unique telling of a story we think we all know.

The leads’ performances ranked alongside any of our country’s best actors. Ben Poole took on the demanding role of Jesus alongside his many other responsibilities, final year drama student Mark McCredie brilliantly portraying the anguished and pivotal role of Judas, Sophie Kamal was a compassionate Mary, local AC/DC tribute band singer Andrew Cowley was the Jewish priest Caiaphas, Peter Merrick was the complex Pilate and Jim Burrows was a wild and mercurial Herod. But the real star was the vast ensemble cast. Nearly 200 ordinary people doing an extraordinary thing.

The Cathedral solemnly struck 10 as Jesus died on the cross. And then, resurrection and another standing ovation as we were all led out to Minster Yard to face the entire cast vocalising the melody of Jesus Christ Superstar. A light rain fell as the cast and audience mingled with hugs, handshakes and honestly-felt congratulations shared between families, friends and strangers.

Evaluating the impact of any community project is a challenge. Did the production meet its original goal? Providentially one of the event’s financial sponsors was local data business Slingshot Intelligence. Not only were they generous in their financial support of the production, they were also members of the cast and also used their technology to profile the cast and audience. This allowed them to see if the production had drawn people from across the social spectrum. Their assessment? Success.

Jesus Christ Superstar is a controversial rock opera, accused by some of being blasphemous when it originally debuted. It mixes powerful political and human drama with high camp. It could be viewed as a theological defence of the role of Judas. It was condemned as fuelling anti-Semitism at one point but is actually a criticism of any organised religion claiming to act for the greater good. It explains more clearly and powerfully than any theologian ever has the central and simple tenets of Christian philosophy; reciprocity, love, hope, kindness, tolerance and altruism.

Last night my wife and I were sitting in our garden and at 1015pm we heard the distant hum of ‘Jesus Christ Superstar’ reflecting off the Cathedral’s massive West Front. I might sit outside every night just to hear that wonderful, uplifitng sound.

In my humble critical opinion, Superstar Lincoln is a triumph. Five-stars.