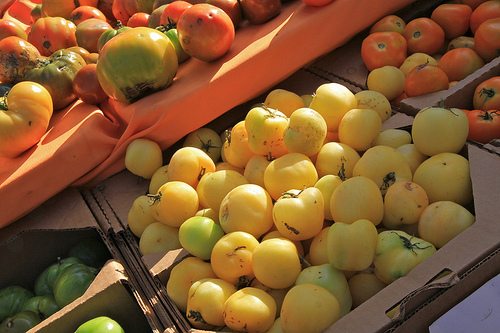 World EXPO Milan 2015 on feeding the planet: sustainability or greenwashing?

The much-praised and expensive event kicked off on May 1st, but questions raised on whether arrests for corruption and some ambiguous players such as McDonalds are about to water down the ethical message of the 2015 EXPO in Italy.

The World Exposition, an occurrence that dates back to 1851 when the first EXPO was showcased in London’s Hyde Park, aims to gather a number of countries around a central theme. In Korea’s EXPO 2012, it was The Living Ocean and Coast, while this year the focus is on sustainable food and the future challenges to feeding the people of this planet.

Given the event is taking place in the nation of good food, you would probably expect the focus to be on small farmers, organic agriculture and reduction of waste. After all, we are (allegedly) talking sustainability. Instead, since its conception, the EXPO in Milan has started off in the worst way.

Not only did the construction of the venue trigger one scandal after the other, with many being arrested for corruption, fraud and organised crime links, with investigations still going on, but it also became the subject of controversy because of its cost and participants.

Organisers of the event, the mayor of Milan and Italy’s Prime Minister, have promoted the EXPO as an incredible opportunity to shed light on global challenges from hunger to access to resources.

During the opening ceremony, Milan Mayor, Giuliano Pisapia said, “Milan offers itself completely to welcome the world to our city. Expo Milano 2015 is designed to say to everyone on the planet that the hunger challenge can be beaten, that each of us can do something to stop the unsustainable exploitation of the planet.”

However, despite the clear ethical message, the EXPO has triggered protest among social movements, who have gathered on a committee called NO EXPO, arguing it would not be a good thing for the city of Milan, but instead it will result in an enormous waste of money – the event costs €14 billion (£10.3 bn) – that could instead be directed to solve other issues, such as the housing emergency and lack of funds for education.

For the Vatican City pavilion, the Holy See has spent €3 million (£2.2 bn), more than what had been destined to charitable work. This fact surely didn’t make Pope Francis happy.

Meanwhile, similarly to what happened with the 2012 London Olympics, the choice of certain sponsors has also been subject of intense debate.

Barilla, Nestlé, McDonalds and many other, will be among the sponsors and participants, with McDonalds being the main sponsor. But as many, from citizen groups to political forces, have noted: where do they stand when we talk about food sovereignty and global access to water and resources? Is the goal of the EXPO to feed the planet, or to feed the multinationals?

Some opponents in Milan have argued that while the event wants to focus on ‘good food’, large companies are hugely responsible for the many overweight or malnourished people in the world. In other words, in order for the food system to be sustainable, we have to talk about farmers rights, global access to water and land and so on. We need to discuss how to address waste, junk food, land grabbing and unsustainable farming. But the EXPO is not going to talk about this.

Instead, a member of the county council wrote to local schools to invite children to go to McDonalds for “free ice cream”, triggering outrage among politicians and teachers.

It seemed inevitable that such controversial event would have triggered a response. On May 1st thousands of people demonstrated in Milan against the EXPO – from social justice activists to vegan groups – not without incident.

The EXPO will last until October and it is still uncertain whether it will bring something good to discussions around food sustainability, but criticism is unlikely to calm down. As for other large events that took place over the past few years – London Olympics, Sochi Winter Games and Brazil’s World Cup – social and environmental problems are always going to emerge. The question is whether states are going to learn from previous mistakes in order for these to become really sustainable.