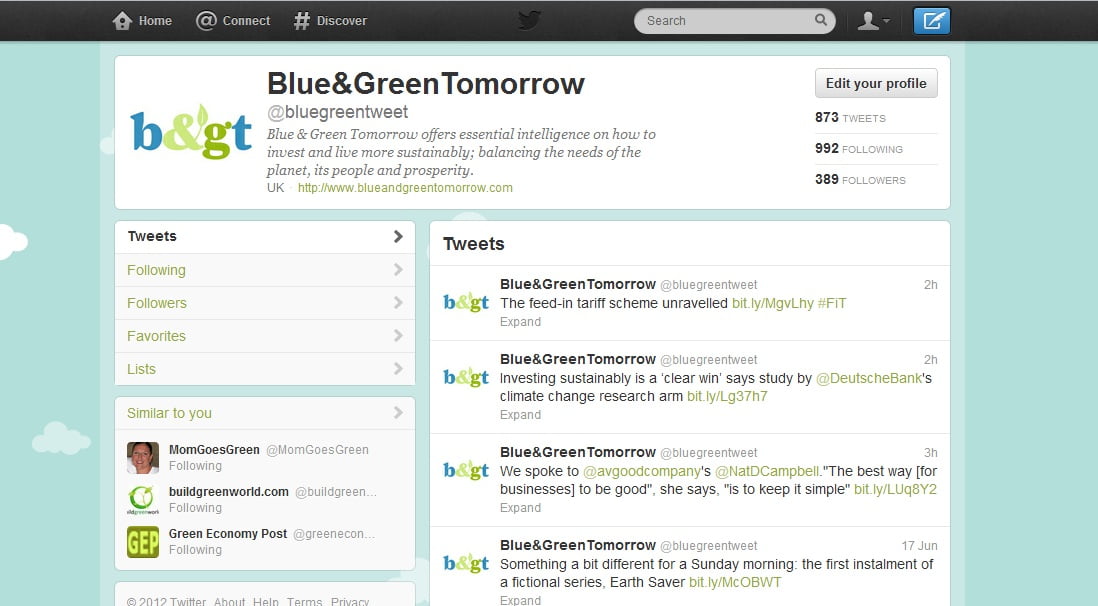 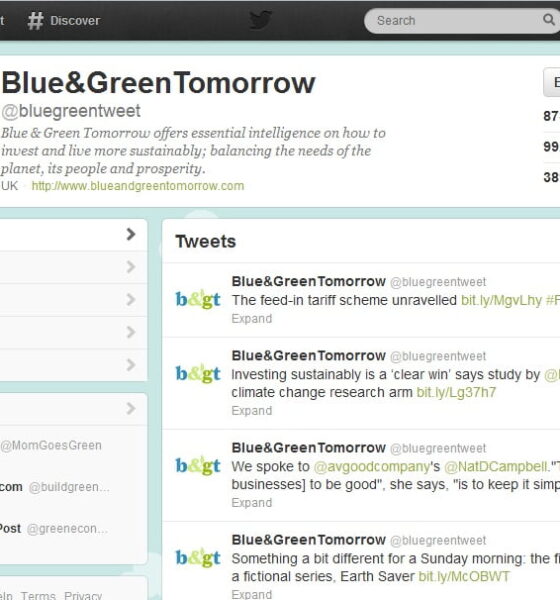 Twitter users worldwide have today begun a 24-hour ‘Twitterstorm’ in an attempt to halt the $1 trillion that is currently handed out from governments to the global fossil fuel industry annually in the form of subsidies.

#EndFossilFuelSubsidies was one of the micro-blogging site’s highest trends worldwide this morning. Celebrities such as Stephen Fry and organisations like the WWF and Friends of the Earth all encouraged users to join in with the online protest.

Bill McKibben, renowned environmentalist and founder of 350.org – the website at the forefront of the campaign – urged users to join the Twitterstorm because he was “tired of the fossil fuel industry laughing at us”.

Speaking to Positive News, he said, “Why on Earth should taxpayers be supporting the richest industry on the planet?”

Over a million people have signed a petition on 350.org or one of its partners, with more than 700,000 people signing on global web movement site Avaaz alone, to divert taxpayers’ money away from subsidising the fossil fuel industry.

“In days, the 20 most powerful leaders in the world will meet at the G20 summit and could agree to a plan that could literally stop climate change!”, the petition reads.

“It’s crazy, but right now, our governments give nearly $1 trillion a year of our taxpayer money to Big Oil and Coal to destroy our planet.”

Michael Liebreich, CEO of Bloomberg New Energy Finance, is another to have joined the Twitterstorm. He Tweeted: “Renewables provide 17% of world energy but fossil fuels get 92% of subsidies. Why‪ #EndFossilFuelSubsidies is trending during‪ #RioPlus20.”

The online movement further shows the power that Twitter possesses in spreading messages that a particular audience might have otherwise been oblivious to. And ahead of the beginning of high-profile talks at the Rio+20 Earth Summit from Wednesday to Friday, it’s sure to provide world leaders with food for thought.

Just last week, a report by BP noted a 3% rise in global carbon emissions in 2011, with coal now contributing to 30% of energy worldwide – the highest share it’s had in 40 years.

Later this month, Blue & Green Tomorrow will be publishing an in-depth guide to alternative energy – energy that is clean, limitless and domestically produced.

We’ll also be following developments from Rio+20 closely, but in the meantime, click here to join the Twitterstorm.