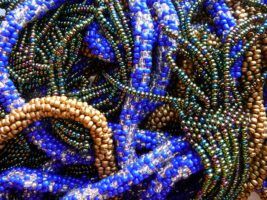 The Fairtrade Foundation today unveiled an exciting new initiative as part of its Fairtrade Gold campaign, tagged ‘I DO’, to stamp out practices that have tarnished the jewellery industry’s reputation.

The push will kick off with a series of five nationwide conferences which will be held across England, Scotland and Wales throughout September and October. It will also include the launch of a unique new e-learning platform, a Fairtrade gold business advice clinic and seminar hosted by International Jewellery London (IJL), and the creation of a suite of new business resources and new campaigner literature.

The conferences will be attended by leading activists from Fairtrade’s passionate network 10,000 local campaigning groups, including Towns, Schools, Universities and Faith Groups. Each event is designed to inspire, motivate and equip community networks to help boost awareness of Fairtrade Gold jewellery in their local area to help drive sales.

Fairtrade’s campaigner network will be asked to reach out to jewellers on their high street to ask them to sell Fairtrade Gold. They will also promote the buying of Fairtrade gold jewellery in their community as a way for everyone, no matter who they are, to use the power of their purchase to make a difference to lives of miners. Faith group activists will attend wedding fairs and church and community events to drive home their message.

Two gold miners from Fairtrade mining projects in Peru and Kenya will speak at each of the five campaigner conferences. They will also visit leading independent jewellery stores around the country and give talks at campaigner-led public events.

Dan Omondi Odida, General Secretary, Micodepro, Kenya will explain how the tiny specks of precious gold help keep his community above the breadline. Millions of men and women in his home county mine by hand the seams of gold around Lake Victoria informally at best, illegally at worst. Many are indebted to middle men and the gold they sell often trades dramatically below the global price. Through Fairtrade, Dan’s group has been trained in health and safety, how to use mercury safely and business skills.

Roger Arcos Ponte from Peru will explain how it is only through sales of their gold on Fairtrade terms that the miners and their communities can reap the full reward of being Fairtrade certified.

Kevin McCullough, Head of Campaigns at the Fairtrade Foundation said: “If Fairtrade Gold becomes the norm in the jewellery industry, the impact could be enormous. This could break the poverty cycle of millions of miners who are cut out of the benefits of this lucrative trade. As consumers and campaigners, we all carry the power in our pocket to make that change.”

To boost jewellery sales further, a new online service aimed at supporting the UK jewellery trade to understand and better market and sell Fairtrade Gold is set to launch in February 2017, around Fairtrade Fortnight, the Fairtrade Foundation’s biggest annual promotional campaign. The first of its kind, the e-learning platform will bring to life the story of our jewellery through the eyes of a gold miner, helping the participant to feel part of the journey, whether it be selling, campaigning or advocating to empower miners to make a better life for themselves.

The website will be designed with input from industry experts including the National Association of Jewellers and the Company of Master Jewellers. It aims to equip sales staff and jewellers with enough information and training to sell Fairtrade Gold jewellery with confidence. They will be able to explain to customers how a chronic lack of supply transparency is endemic in the industry, and if you don’t know where your gold is from, you don’t know under what conditions it has been mined. Upon completion of the training course, participants will receive a certificate in acknowledgement.

Fairtrade Gold stops exploitation. It can be traced from the mine through the refining process.

Kevin added: “Fairtrade Gold stops exploitation. It can be traced from the mine through the refining process. This is backed up by documentation of all the transactions between miners and licensed jewellers. It means consumers and jewellers know that Fairtrade Gold comes from a socially and environmentally responsible, child labour-free source which has economic benefits for miners.

“We all remember how the issue of exploitation by the jewellery industry made news headlines two years ago when one of the largest refineries in Dubai was exposed for laundering conflict gold[1]. It later emerged that hundreds of millions of dollars’ worth of suspect gold poured into the global markets including the UK”.

A business advice clinic will be held at IJL on 6th September, 10.00-11.00 by Fairtrade’s commercial team Victoria Waugh and Toby Rule. They will give advice to manufacturers, goldsmiths, brands and retailers about how to use Fairtrade Gold in their business and benefit from the world’s most recognized certification mark on your jewellery. The clinic will be followed by a seminar in the Inspiration Theatre at 11.30am, where delegates can hear how jewellery businesses such as Hockley Mint and Anna Loucah have made Fairtrade Gold work for them.  More information via IJL website.

The Fairtrade Foundation’s ‘I Do’ gold campaign launched in 2015 and aims to generate $1 million in Fairtrade Premium for disadvantaged mining communities around the world. Fairtrade brings miners together to formalise what they do, improve working conditions and eliminate child labour. I Do’ has already seen success in UK, Germany and the Netherlands.  For more information, visit fairtrade.org.uk/gold.