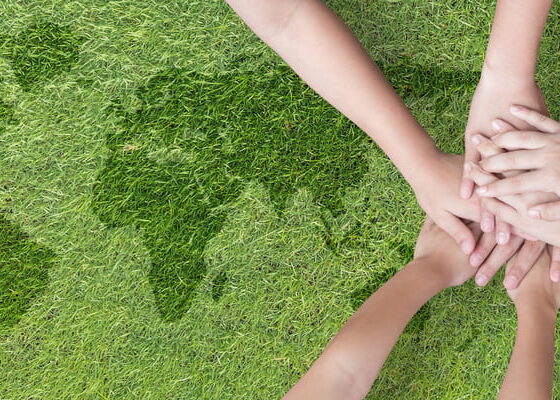 If you are looking to be a green consumer, you have to work with the right businesses. You might be shocked that one of them is Walmart.

When you are thinking about sustainable companies, Walmart is probably not at the top of the list. There are a lot of reasons people don’t view Walmart as a very ethical company.

However, the world’s largest retailer has made a lot of progress transitioning to a greener business model. Many people are still skeptical that Walmart will really pull through and prove to be a leader in sustainability.

Nevertheless, it has made consistent progress for nearly 20 years. Anybody that thinks Walmart has not been putting effort into meeting its sustainability objectives has not been paying attention. This is not to say that the company doesn’t have to do a lot more when it comes to paying their employees fairly. But they should get credit where is due on the environmental front at least. Customers that want to support eco-friendly businesses may want to look at deals on Walmart here.

The history of sustainability efforts at Walmart

It has been 17 years since Lee Scott, the former CEO of Walmart, presented an environmental plan to encourage energy efficiency, increase revenue from organic food and minimize waste and greenhouse gas emissions. Walmart said its plan would help to reduce greenhouse gas emissions by 20% over the following seven years. The Kyoto Protocol called on the United States to reduce its emissions by 7 percent by that year.

During the onset of the new program, Walmart put into operation two experimental “green” stores in McKinney, Texas and Aurora, Colorado. The eco-friendly buildings are powered by solar and other forms of renewable energy. These buildings use solar cells and wind turbines to reduce carbon emissions, save water and reduce pollution.

During the early months of 2006, a couple of major environmental organizations announced their partnership with Walmart to ensure that ethical policies are followed during the sourcing of seafood products. It is a testament to the company’s efforts in driving sustainability that it was able to work with these firms.

Although it has mostly focused on using renewable energy in its sustainability agenda, Walmart has committed to source all of its fish from fisheries that operate under the Marine Stewardship Council (MSC), an environmental standard for sustainable fisheries. The MSC says Conservation International and WWF are working with Walmart to reduce environmental impacts, manage the wider marine ecosystem and protect species in poorly managed fisheries. Walmart and its suppliers started to encourage fisheries to join the new MSC certification program.

The firm has recognized that in the long term that it is possible to save money by reducing energy consumption and waste, while reducing the risk that the natural resources used in its products will be depleted in the near future. Walmart has expanded its eco-friendly program even more in recent years. They have started offering new products that are eco-friendlier to appeal to the growing number of green consumers. This is an example of capitalism working to help the world at large, rather than leaving damage in its wake.

The Walmart supermarket chain inaugurated, in its stores throughout the country, the Eco-friendly Box in which customers do not receive bags to store their purchases in order to create awareness and collaborate in the care of the environment.

In this new box, easily identifiable with a green aesthetic and signage, customers can choose to take their own bag or purchase the reusable bags offered by Walmart. This reduces the number of bags given to customers, creating awareness among the population.

“We know that by minimizing the use of bags we help our planet. We are working in line with our public commitment to reduce the use of bags by 50% by 2013. In line with this objective, we have been carrying out various initiatives that encourage us to minimize our impact, contributing to the care of the environment. The new ecological box is one of them” Hernán Carboni, Director of Institutional Relations at Walmart.

Currently, in all stores in Argentina, Walmart customers will have the possibility of collaborating with environmental care by opting for the Ecological Box.

Working on the objective of caring for the environment, the company has already achieved a 15% reduction in plastic bags and through the application of new technologies, 3 eco-efficient stores were inaugurated that allowed a reduction of between 20 and 25% in energy consumption compared to the previous existing models.

Walmart is making a lot of progress in terms of sustainability

Sustainability has become a priority for Walmart in recent years. Investors and consumers should be aware of the significant changes that it has made and peopling to support the company if they truly believe in backing green businesses. They can still raise concerns about other issues at Walmart, but it has certainly made consistent progress towards being a more sustainable business.