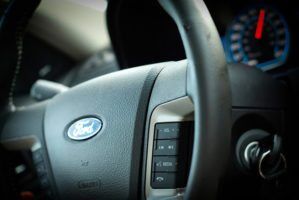 Earlier this year Ford established Ford Smart Mobility, a subsidiary focusing on areas such as connectivity, mobility, and autonomous vehicles. Never one to take a backseat, and with a firm commitment to continued sustainability, this initiative has been given a boost thanks to the company’s latest announcement detailing the acquisition of ride-sharing startup Chariot.

Looking to the future, Ford seems to share the idea that ride-sharing and smart mobility schemes are integral to those championing sustainable cities, and the merging of Ford Smart Mobility and Chariot represents an exciting prospect within the field.

Founded in 2014 and currently only operating in San Francisco, Chariot will now look to expand beyond the Bay Area into at least five other markets within the next 18 months. Perhaps unsurprisingly, the ride-sharing company has always used Ford Transit vans to provide a much-needed point A to point B service that’s more convenient than buses and cheaper than taxis. Chariot currently covers 28 routes in San Francisco and typically charges $3.80 for an off-peak fare and $5 for a peak fare.

Although Ford already has some experience with ride-sharing thanks to GoRide – a program for employees in their Michigan plant, President and CEO Mark Fields said that the acquisition of Chariot was a chance to deliver transport services to those who either can’t afford, or simply don’t want to own a vehicle. “This is about not going from an old business to a new business. It’s just expanding our business and filling an unmet need, particularly for cities who want to solve some of their congestion and mobility issues,” said Fields.

In fact, Ford is simply one of many vehicle manufacturers investing in ride-sharing services. GM has poured $500 million into Lyft; Volkswagen spent $300 million in a partnership with Gett; and Toyota and Uber are currently cooking up a ride-sharing deal together. Whether it’s a ride-share or an autonomous car, it seems that vehicle manufacturers can foresee a world where people aren’t concerned with owning a car but still want to get around without relying on public transport.

Ford themselves have declared 2021 as the year that they will start delivering self-driving cars, which will no doubt be interesting to see when coupled with their recent ride-sharing programs. Guideautoweb.com documented the experience of riding in a prototype of an autonomous Ford Fusion Hybrid. In short, the self-driving car perfectly followed road rules to a T and doesn’t allow any flexibility (for example, at an intersection where another driver may have the right of way yet waves you to pass, the Fusion Hybrid will staunchly remain put and follow procedure). Whilst the drive went off without a hitch, the questions surrounding operation on busier streets where multiple scenarios may be presented was rightfully raised.

2021 is still enough time to perfect the self-driving car, and it appears Ford is well on the way to doing so. With such incredible technology backed by their smart mobility program, the prospect of a less congested, cleaner, and almost certainly safer city is a scenario the world is undoubtedly excited to witness.