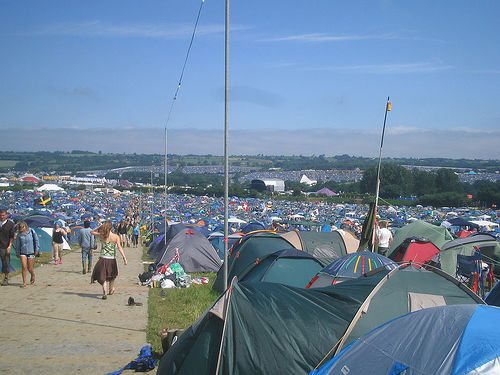 Festivalgoers leaving tents behind is a ‘worsening problem’ – survey

With the festival season fast approaching, campaigners are urging event organisers to end “the wasteland culture” of campsites, after a survey revealed that 60% of festivalgoers have left their tents behind.

The campaign group Love Your Tent and Buckinghamshire New University have teamed up to ask festival organisers to commit to reducing campsite waste – which makes up 86% of festival waste – by 10% year-on-year.

This follows a survey of consumers at festivals from around the world, carried out by Buckinghamshire New University, which found that though 86% of those understand the harm that waste causes to the environment at festivals, 60% leave waste behind regardless.

Thirty-six per cent said they were unsure that their behaviour would ever change, and a further 35% said it would never change.

The survey also found that the low price of poor quality camping equipment is contributing to the problem, as 60% said they ditched their tent because it was broken.

“Through our research we wanted to put some data behind the annual media coverage of campsite waste at festivals”, said Teresa Moore, a sustainable event management expert from Buckinghamshire New University.

“What we found confirms a growing problem which is not confined just to the UK. As tent prices continue to fall, more cheap tents are discarded at festivals. It’s time for retailers to take their share of their responsibility and work with event organisers to tackle this problem,” she said.

John Giddings, Isle of Wight Festival organiser, added, “Audiences leaving stuff behind is an issue us organisers have been dealing with for many years and the Bucks survey shows it’s a worsening problem.

“We know there is a real market for a sustainable camping experience and we want to be at the forefront of that change.”