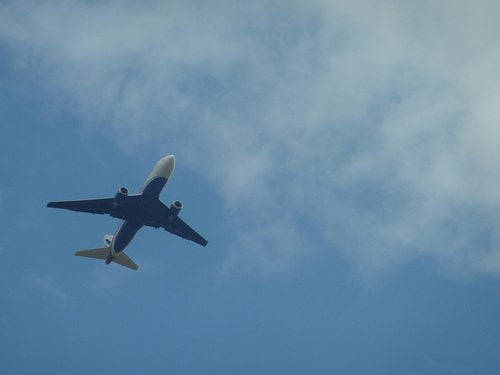 The head of Greenpeace UK has apologised to the charity’s supporters for the travel arrangements of one of its senior employees, who has been criticised for regularly commuting from Luxembourg to Amsterdam by plane.

This is despite the environmental charity’s work to cut global carbon emissions and its no-flight policy for short journeys.

Greenpeace executive director Kumi Naidoo was quick to defend the arrangement, saying, “Pascal has a young family in Luxembourg. When he was offered the new role, he couldn’t move his family to Amsterdam straight away.

“He wishes there was an express train between his home and his office, but it would currently be a 12-hour round trip by train.”

John Sauven, the head of Greenpeace UK, also wrote in a blog post, “Was it the right decision to allow him to use air travel to try to balance his job with the needs of his family for a while?

“For me, it feels like it gets to the heart of a really big question. What kind of compromises do you make in your efforts to try to make the world a better place?

“I think there is a line there. Honesty and integrity to the values that are at the heart of the good you’re trying to do in the world cannot be allowed to slip away. For what it’s worth, I don’t think we’ve crossed that line here at Greenpeace.”

However, updating the post on Monday evening, Sauven added his personal apologies, saying, “From the responses to my question today, it is very clear a lot of Greenpeace supporters feel this was the wrong decision.

“Greenpeace is absolutely nothing without the people who support our campaigns, sign petitions, and chip in donations to help us keep going. From today, Pascal will no longer be flying to Amsterdam, and will instead travel by train when the need arises.”

The issue of whether environmentalists can justifiably board planes while working to protect the environment is a divisive one.

A growing movement argues that they should stay grounded, with many campaigners advocating a “slow travel” approach.

Among them is Prof Kevin Anderson, a climate scientist and deputy director of the Tyndall Centre for Climate Change Research. In a recent blog entitled Hypocrites in the air, he said, “At a system level, trains have an order of magnitude lower emissions than the metal bird alternative – the saving is that significant.

“Attending an ‘essential’ conference to save the world from climate change in Venice, Cancun or some other holiday resort, is perfectly doable by plane. However, the rising emission trends don’t seem to have registered the sterling work we have achieved at such events.”

However, Brendan May, chairman of the Robertsbridge Group sustainability consultancy and a regular flier in his work to further environmentalism, defends Pascal Husting’s travel arrangements.

Speaking to Blue & Green Tomorrow, May said, “Sometimes if you want to hire a particular person who for family reasons is unable to move to the place they’re working, you have to weigh it up and make a judgment call,” he said.

“The reality is there’s an awful lot of organisations where people commute by plane on a very frequent basis. Why single out one Greenpeace employee? I don’t see why its fine for a banker to fly between London and Zurich but it’s not alright for someone who’s trying to save the planet.”

While adding that people ought to use more sustainable modes of travel where possible, May also argues that the green movement can only succeed by taking to the skies.

“What we do in Britain isn’t going to change anything. We need to focus on the companies, sectors and commodities in the parts of the world that are on the frontline of climate change and where the biggest risks and rewards still lie.”

“Preventing deforestation, creating marine reserves – very few of these things can be done sitting at home or in an office in London.”