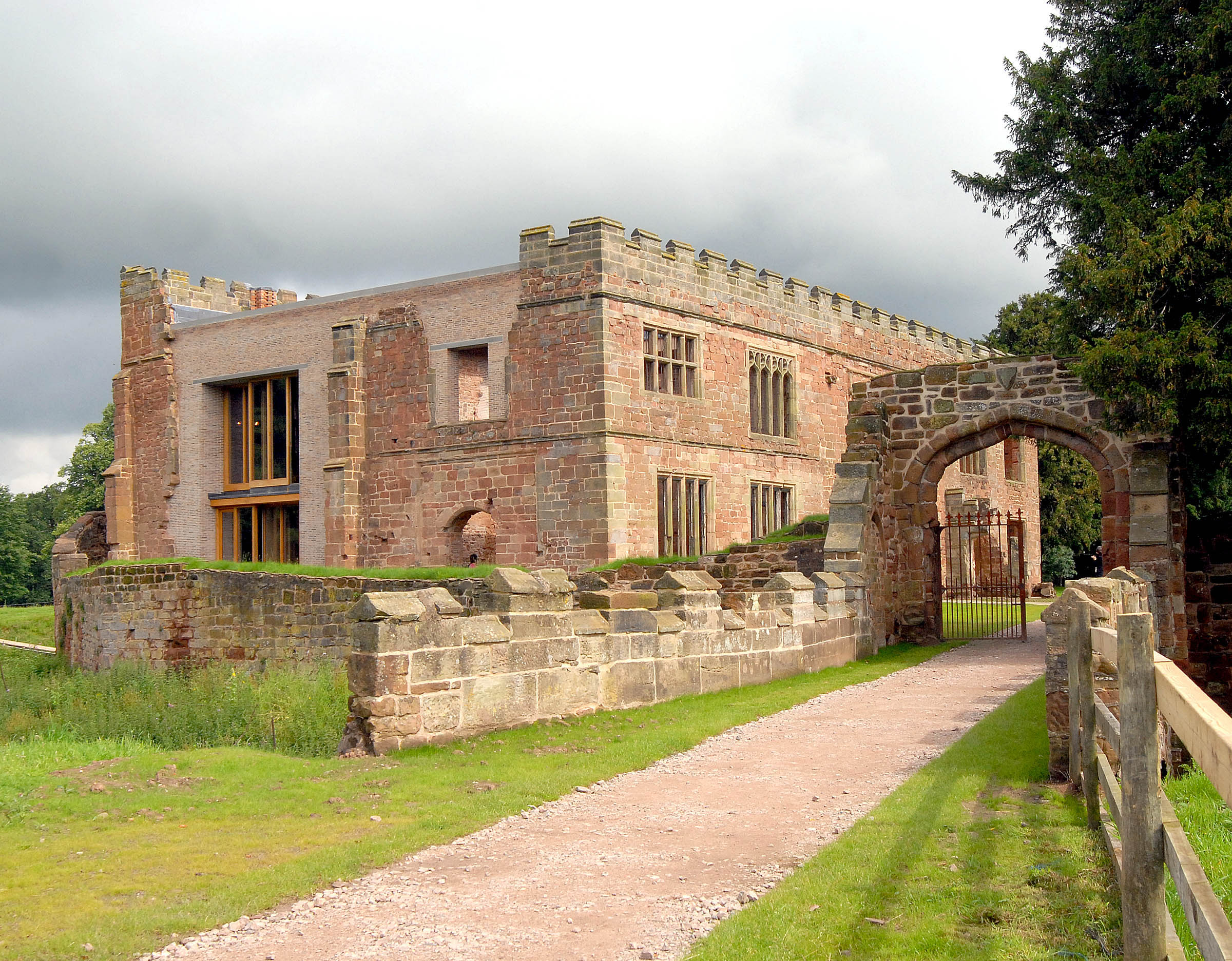 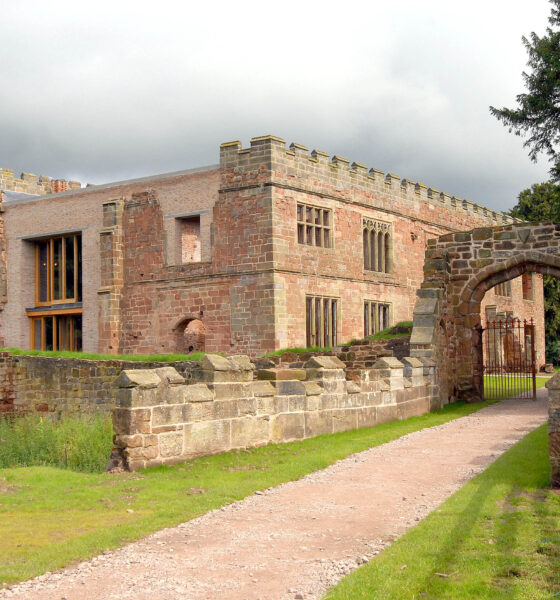 The renovation of Astley Castle was completed in 2012 by the building conservation charity the Landmark Trust. The Saxon property, in the heart of Warwickshire, was rescued from dereliction, painstakingly restored and then transformed into an attractive holiday let.

Since its restoration and just over a year since it was reopened, the building was named the winner of RIBA’s prestigious architectural Stirling Prize for 2013.

Astley Castle is now one of 194 magnificent properties located up and down the UK, in France and in Italy that the Landmark Trust has acquired and now lets for holidays. Its director, the historian Anna Keay, spoke to Blue & Green Tomorrow.

What is the Landmark Trust?

We’re a historic buildings charity, and we exist to rescue and provide a secure future for architecturally important, at-risk and historically significant buildings, principally in Britain but also in France and Italy.

Our founder Sir John Smith, 50 years ago, noticed that all around us are these incredibly precious, scarce and unique remnants of our past. Ultimately his reason for starting the Landmark Trust was that if these special, interesting and beautiful buildings were allowed to fall into disrepair, then we would all be the poorer for that.

His vision was to establish a charity which would intervene, to acquire, restore and repair these really important old places. It wouldn’t just be a pressure group or a lobbyist; it would actually do it, it would actually be there restoring these fantastic properties, and giving them a new lease of life.

Those previously derelict buildings would then be transformed into places which absolutely anybody and everybody could rent and stay in for a week or a long weekend. This would mean that the pleasure, interest and understanding, which come from inhabiting these places, would be available to all.

It is. Putting aside the cultural value of the buildings, the embedded energy that exists in a building of the past is absolutely enormous. The carbon that had to be burned to create the bricks, and the trees that had to be felled to make the timber frames and so on; it is embedded energy from centuries ago.

To keep these places standing and to help people realise why they are so special is the kind of profound investment in a sustainable way of living – both now and in the future.

We don’t run a membership scheme; we’re totally open to everybody. We have a website with 194 buildings that you can book. The money you spend on booking the building isn’t something that goes to somebody’s profit. It goes 100% into the buildings’ maintenance. 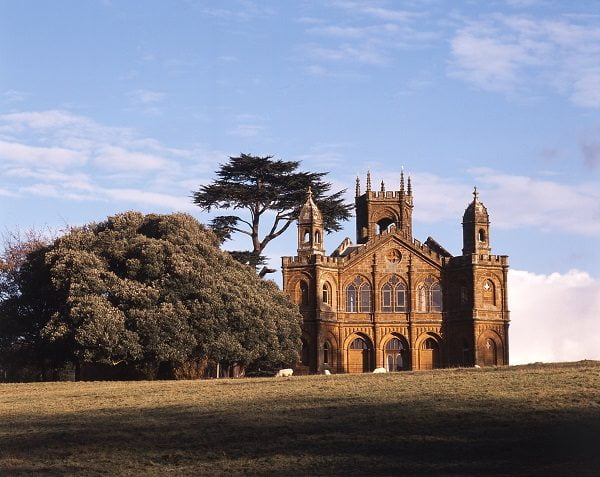 As a charity, our objective is rescuing buildings and giving people inspirational experiences. The running costs of our buildings, once they’re restored, are by and large covered by the income from letting the buildings.

Where we rely hugely on the generosity of our supporters is raising the money to undertake each one of the renovations, and for each we have to look for philanthropic help.

Which are your favourite buildings?

We’ve got a wonderfully varied selection of buildings, catering to a complete variety of different tastes. We’ve got the wonderful 18th century, 13-person country manor, Auchinleck House, where James Boswell was brought up and where he hosted and discussed politics with Dr Johnson during their tour of Great Britain.

In contrast to that, the range includes an incredibly simple fisherman’s cottage on the shore of Caithness in the north-east of Scotland, which sleeps two. Steeped in a very different side of history, it is where generations of people, cleared and relocated from the Highlands, subsequently learnt how to become herring fisherman and sustained a whole new way of living.

Entering each and every one of our buildings seems to feel like you are opening the first chapter of an amazing story about its past, so I can never quite choose a favourite. That is the great joy; the story that each one has to tell is amazing, and you get completely addicted.

Is there a typical Landmark Trust supporter?

We recently had a wonderful gift to a restoration project from somebody who works in fund management. He had been to stay in a Landmark property when he was 22, with friends from university. He now has a vast country place of his own and so doesn’t do those kind of holidays anymore, but he wanted to support us because he found it such a wonderful thing as a young man – going to stay somewhere which provided that kind of window to the past – and he loved the idea that we were doing that, opening the door for others.

We tend to have an audience that is intellectually curious – who want to know more about the past and are also looking to go back to a simpler kind of family holiday. We have a real range of customers – those who are very affluent and those who have very little money – but they share an interest in the value of the precious places in this country, and the pleasure of spending time in them.

What does it take to restore these properties?

It’s a big operation and a long process. Restoring historic buildings is something that takes a lot of time and care, and one of the things we really believe in is looking after buildings and restoring them in ways that mirror the same level of care as when it was first constructed.

We are not about cutting corners or finding cheap solutions. We work meticulously, absolutely to the highest possible standard, employing age-old methods of craftsmanship whilst using the best possible materials.

When it comes to raising the renovation money, we seek help from trusts, foundations and grant-giving bodies, but also from private individuals who see the work that we do as the sort of charitable body that they would like to support.

Once we’ve raised the money, we start on site, and it’s perhaps three or four years from first being approached to seeing a building finally rescued and reopened.

Does a lot of work have to go into making these buildings energy efficient?

One of the big misapprehensions is that historic buildings are somehow intrinsically inefficient, which I don’t think is the case at all. With any building, the way you use it is absolutely key to how energy efficient it is.

We are not the first generation to be concerned about energy efficiency. Millennia of people living in this country have wanted to be warm, and although they haven’t thought about global warming, they have certainly thought about trying to make every joule of heat go as far as possible. 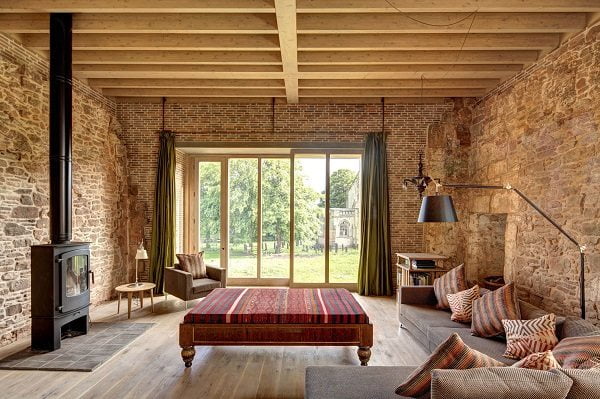 All the buildings we have opened in the last three or four years have had a green energy system in one form or another. We do groundsource heat pumps, air source heat pumps, biomass fuel systems – it just depends on what works for each specific property.

The great thing about doing a building restoration project from scratch is that you’re invariably designing a new heating or energy system from the beginning, so you can really think about what works best for the property at hand.

Why should someone book a holiday at a Landmark Trust property?

The thing about staying in our buildings is that it’s completely different. It’s a total escape from the drone of modern life. We have buildings that are focused on the beauty of materials and the quality of furnishings and space. We have modern bathrooms and kitchens in all of our buildings, so it’s not as if you have to rub two sticks together, but we don’t have televisions, Wi-Fi, video games or anything like that.

It’s about lighting a fire, sitting around with your friends, drinking a glass of wine and feeling that you and your companions are writing out your own great story.

UK green tourism certification scheme ‘most credible’ in the world

Beyond Tourism launched to make sustainable holidaying the norm