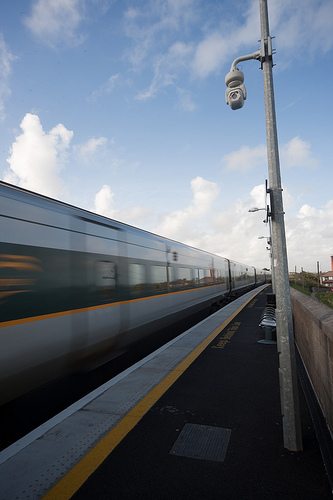 The official environmental impact assessment of the HS2 rail project demonstrates “a shocking disregard” for England’s woodland and wildlife, the Woodland Trust has claimed.

The first phase of the controversial line, connecting London and Birmingham, is due for completion in 2026, while a second section linking Birmingham to Manchester and Leeds should be finished in 2032 or 2033.

Supporters of the project say it will greatly benefit the environment by moving millions of air and road trips to rail and therefore slashing the transport system’s carbon emissions. However, environmentalists have expressed concern about the damage HS2 could have on England’s countryside in the process.

A 46,000-page environmental statement for the first phase was published last month. According to the trust, it contains a number of miscalculations and inconsistent data.

They say the report reveals that 43 ancient woodlands are threatened by the development of the route, more than double the original estimate of 21.

A HS2 Ltd spokesperson has disputed these figures, insisting that no more than 19 areas of ancient woodland will be affected.

Additionally, the Woodland Trust criticised the report’s proposed treatment of wildlife. The statement predicts that all breeding populations of barn owls near the line will be lost, yet does not set out a clear plan to limit this damage.

HS2 Ltd also suggest installing a 800 meter long and 10 meter high boxed enclosure near Sheephouse Wood, Buckinghamshire, to protect the local population of the extremely rare Bechstein’s bat. Experts say this is “untested”, and could disrupt the bats’ movements.

“The document raises more questions than it answers and betrays a shocking disregard for ancient woodland and the rare and protected species,” Luci Ryan, an ecological impact assessor at the Woodland Trust told the BBC.

Critics have also complained that the size of the environmental statement has made it near impossible for them to prepare their responses within the consultation period provided by the government, which closes on 24 January.

“It’s very hard even for professional ecologists to find information in the environmental statement, due to the way it has been laid out, let alone concerned individuals who know the areas through which it passes,” she told Blue & Green Tomorrow.

“But it’s clear that it will damage at least 43 ancient woods between London and Birmingham, as well as numerous other woods.

“It will have a devastating effect on the rare Bechstein Bat, it will kill off all the Barn Owls within 1.5km of the route, as well as damaging numerous Sites of Special Scientific Interest and the Chilterns Area of Outstanding Natural Beauty. And that is just Phase 1.”