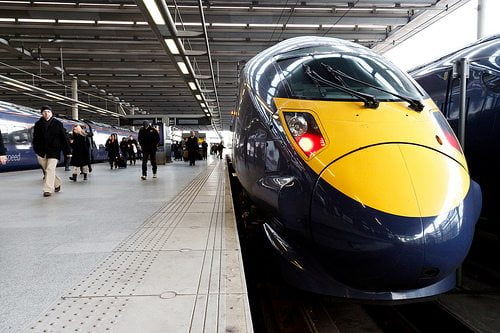 MPs have voted against a proposal to scrap the controversial HS2 rail project, with construction now expected to begin in 2017 after a group of Tory rebels failed to stop the scheme.

Ministers rejected the proposal from former cabinet minister Cheryl Gillan for the project to be shelved by 451 votes to 50, despite a revolt from 32 Conservative MPs.

Among them was Sir John Randall, MP for Uxbridge and South Ruislip, who quoted Churchill, saying that MPs should put country first, constituency second and party third.

“I am not putting my constituency first, but my country, as HS2 will destroy too much of it,” he said.

Some ministers also missed the vote, prime minister David Cameron apparently among them. But with Labour now firm in its support for the project, HS2 seems certain to go ahead.

Supporters have claimed that the north of England will be badly affected if the project does not go ahead.

Some MPs have also argued that only HS2 can provide the increased capacity that UK’s rail lines will need in the future, warning that if the project is scrapped then a similar project will still be required in the future, at a higher cost.

Speaking after the vote, transport secretary Patrick McLoughlin said he planned to see “spades in the ground” by 2017.

“HS2 is a once in a generation opportunity to create jobs and develop skills, provide the extra space we need on our rail network for commuters and freight and better connect our biggest cities,” he said.

However, environmental groups have expressed deep concern over the potential impact of HS2 on Britain’s countryside.

Some complained that the official environmental impact assessment of the project demonstrates “a shocking disregard” for England’s wildlife.

Opponents have also refuted claims that the rail line will help the UK lower its carbon emissions, as emissions caused by construction of the line are expected to outweigh carbon savings over the first 60 years of the line’s operation.

McLoughlin insisted that he would not dismiss any groups opposing the project.

“We must respect people and try to help meet their concerns,” he said.

These sentiments were not shared by London mayor Boris Johnson, who said, “It’s tragic we have protest groups talking about ‘this ancient woodland’ […] it’s bollocks.

Campaigners have furiously rejected such accusations. Joe Rukin, campaign manager of protest group Stop HS2, said, “He clearly isn’t talking about the likes of the Woodland Trust, The Wildlife Trusts or the Green Party.

“The MPs who spoke for HS2 were sickeningly ill-informed, and willing to spout anything they had been told to say,” he added.

“Everyone opposed to HS2 has to keep on fighting.”