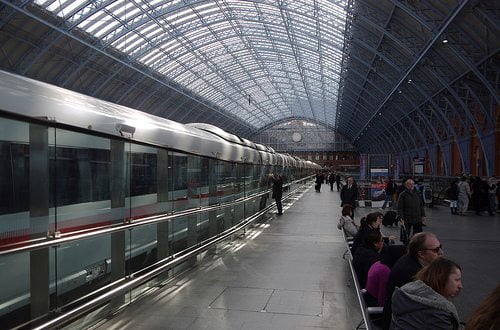 MPs have called for a full environmental survey of the HS2 high speed rail project and a separate budget to deal with environmental safeguards. They warn in a new report that natural value should not be “subordinated to crude economic calculations of cost and benefit”.

The environmental audit committee added that the government’s aim of no net biodiversity loss is “not good enough” and it should instead aim for environmental gains.

The committee has also urged the government to consider limiting the maximum speed of HS2 trains in a bid to reduce carbon emissions. It said that carbon reduction benefits from taking travellers off the road were likely to be “relatively small”.

Joan Walley MP, chair of the committee, said, “The government needs to show real commitment to dealing with the impact HS2 will have on our countryside and wildlife. Ancient woodlands and other hard to replace sites of natural value should not be subordinated to crude economic calculations of cost and benefit.

“It is imperative that an infrastructure project on such a large scale implements proper environmental safeguards and ensures that impacts are minimised.”

“There needs to be a separate ring-fenced budget for these safeguards and for compensation to prevent the environment being squeezed if HS2 costs grow”, she said.

The controversial £42 billion project could also impact on certain plants and bat species, leading to them becoming endangered, the committee said.

The Woodland Trust has previously said that the HS2 rail project shows a “shocking disregard” for England’s woodland and wildlife. The organisation added that 43 ancient woodlands would be threatened by the development of the route, more than double the official estimate.

The cost of the project, as well as the concerns raised, has led to half of Britons opposing the development, which will connect London, Birmingham, Manchester and Leeds.

However, HS2 supporters argue that the project is needed to meet future rail capacity needs and help the north of England perform better economically.