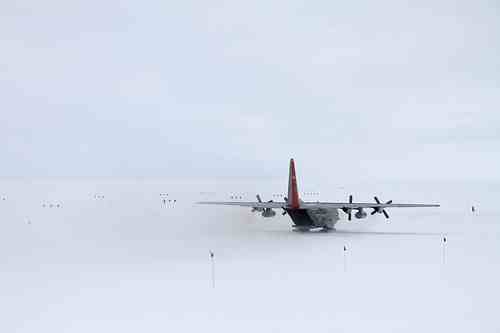 New Zealand Airlines is set to become the first commercial airline to transport scientists on passenger jets to Antarctica.

The firm said that planes will land on ice runaways, but assured it has no plans to run commercial or tourist flights to the vulnerable region.

Dedicated aircrafts owned by the military or the government are the only flights to have landed in the area so far.

Regular tourists that wish to visit the frozen continent currently have to travel by boat. New Zealand Airlines made clear it had no intention to transform its planned scientific trips into commercial ventures.

Antarctica New Zealand, the agency responsible for the Antarctic programme, will charter the flights. The airline said the aircrafts do not need any modification to travel to the continent and that the iced runway is not expected to be too different from a regular one in winter conditions.

The company will run a trial on October 5 and if successful, flights will leave Christchurch, on the south island, to land on Pegasus runway, on the Ross Ice Shelf, five hours later.

Representative for New Zealand’s ministry of foreign affairs and trade Stephen Parker said the country wants to limit the traffic on Antarctica to avoid negative impact on its fragile environment.

“This is consistent with Antarctica’s status as a natural reserve devoted to peace and science”, he said.

In January, New Zealand’s prime minister said he would be going on holiday to Antarctica, raising concerns on whether travelling to the poles could be considered as a responsible and sustainable thing to do. Increased tourism could heavily impact the region, which is already threatened by climate change.