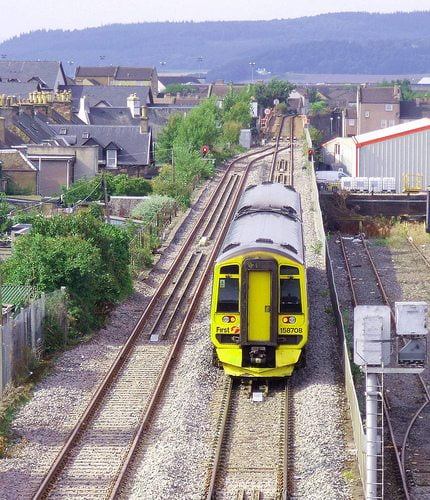 Campaigners from Transform Scotland are calling for greener, faster and safer rail services across Scotland, to help “bring cities closer together”.

Its new campaign was launched on Monday in response to a rail industry that is “not fit for purpose”, with rail journeys substantially longer than road journeys and some even longer than they were 100 years ago.

Transform Scotland, an independent charity with around 60 organisation members, is also calling for rail operators to invest in their services to reduce carbon emissions and meet Scotland’s legally-binding climate change targets.

According to a spokesperson for the Rail Freight Group, investment in rail infrastructure could take around 300 lorries off the A9 – the main road route between Perth and Inverness – everyday.

Transform Scotland spokesperson, Paul Tetlaw, “Scotland needs a rail revolution. Our campaign will build broad civic support for a planned programme of investment in the Scottish rail network over the next 15 years to bring all seven of Scotland’s cities closer together with a safe, civilised and sustainable mode of transport and make Scotland’s rail network fit for the 21st century.

“In doing so, we can reduce journey times, support travellers and commuters, create jobs, support the Scottish economy and reduce Scotland’s carbon emissions.”

The campaign also calls for the creation a new intercity rail hub at Perth station as a catalyst for transport connectivity, urban regeneration and economic recovery.

The calls come just week after a consumer survey carried out by Which? found that some train operators in the UK were providing a substandard service for higher prices, although the main operator in Scotland, Scotrail, was ranked seventh, scoring 56% for customer satisfaction.

Last year, Network Rail announced that it would be investing £37.5 billion in the British rail infrastructure, claiming that this would decrease emissions, speed up journey time and improve the quality of services within the next five years.