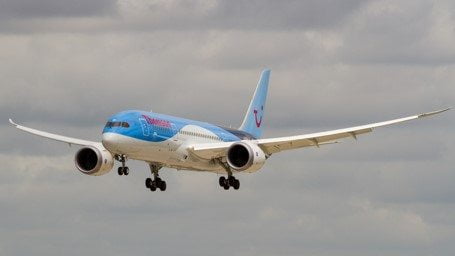 By 2020, TUI has pledged to cut the carbon intensity of its airline, cruise and ground operations by a further 10%, deliver 10 million ‘greener and fairer’ holidays per year and invest €10 million per year to enhance the positive impacts of tourism.

The strategy builds on the strong sustainability legacy of both TUI AG and TUI Travel PLC before their merger in late 2014. It demonstrates a step change in approach, with commitments to influence, innovate and invest in more sustainable tourism. The three pillars of the new strategy cover TUI’s operations, the value chain, customers, and the wider industry and beyond.

To make ‘Better Holidays, Better World’ a reality, TUI will collaborate with stakeholders such as customers, suppliers, educational and training establishments, governments and UN organisations to effect change at scale.

Step lightly
TUI aims to operate Europe’s most carbon efficient airlines and reduce the carbon intensity of its operations by 10% by 2020. TUI is committed to reducing the environmental impacts of holidays. TUI’s airlines are the most carbon efficient in Europe, having reduced carbon emissions per passenger km by 10% over the last 6 years. TUI’s recent ecoDemonstrator partnership with Boeing tested innovative environmental technologies and its cruise ships are operating with cutting edge environmental technologies.

Make a difference
TUI aims to deliver 10 million greener and fairer holidays per year by 2020, enabling more local people to share in the benefits of tourism. The group believes that sustainability is a key factor in enhancing the holiday experience for its customers, and wants to create positive change for both people and their communities. ‘Greener and fairer’ holidays are defined as those that include a hotel with a credible sustainability certification recognised by the Global Sustainable Tourism Council (GSTC). TUI has also developed the ‘Collection’ excursions to optimise benefits to local people and protect the environment.

Lead the way
TUI will invest €10 million per year by 2020 to enhance the positive impacts of tourism, creating the TUI Care Foundation to support this work. TUI aims to innovate, invest in youth, tourism skills and education, and collaborate with destinations to pioneer sustainable tourism across the world. TUI’s recent ground-breaking project with PwC and the Travel Foundation to measure the economic, tax, environmental and social impacts of tourism is an example of this work.

The TUI group has been recognised over the years by experts such as the Carbon Disclosure Project, Dow Jones Sustainability Index and FTSE4Good.

Click here to find out more about sustainability at TUI Group.

The TUI Group is the world’s number one integrated tourism group operating in around 180 destinations worldwide. TUI owns Thomson Airways and Thomson Holidays in the UK.  On 13 May 2015, it was announced by the TUI Group that Thomson will be renamed TUI to be completed around 2018. TUI has joined the UN Global Compact and, as the only tourism group, it is listed in the renowned Dow Jones Sustainability Index (DJSI).