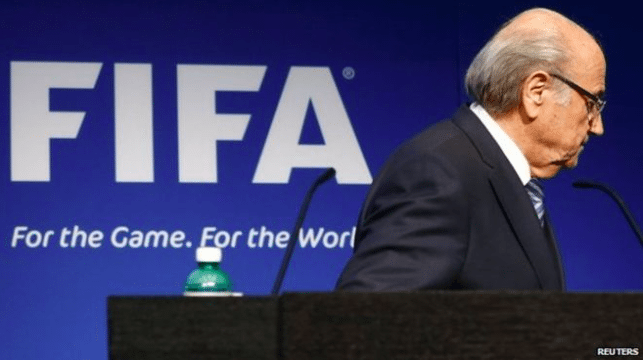 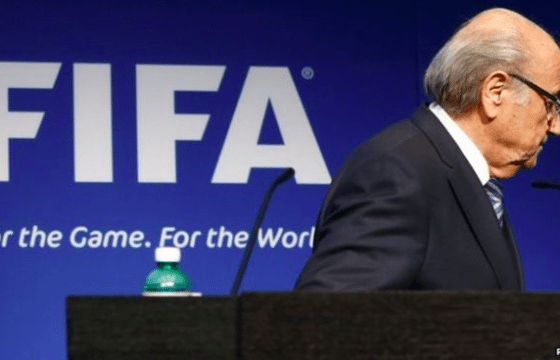 US media has reported that FIFA president Sepp Blatter is being investigated by US officials as part of a wider investigation into allegations of corruption, bribery and money laundering at the world football governing body.

US officials said that hoped that they could gain the co-operation of top FIFA figures that were arrested last week to build a case against the former president.

Blatter announced his resignation on Tuesday evening, less than a week after he was re-elected for a fifth term as president of FIFA. The 79 year-old managed to convince football representatives from across the world that he could lead the body, despite seven arrests of high-ranking FIFA officials being made days before the vote.

The US Justice Department said that it was investigating 14 individuals worldwide for allegedly accepting bribes to an estimated value of more than $150m (£97m).

Commenting on the arrests, US attorney general Loretta Lynch said, “They were expected to uphold the rules that keep soccer honest, and protect the integrity of the game. Instead, they corrupted the business of worldwide soccer to serve their interests and enrich themselves”, Lynch said.

Following the accusations, high-profile sponsors including Visa and Coca-Cola warned that unless substantial changes were made, they would consider withdrawing their support.

Visa said in a statement it expected Fifa “to take swift and immediate steps to address these issues within its organisation. This starts with rebuilding a culture with strong ethical practices in order to restore the reputation of the games for fans everywhere”.

Announcing his resignation, Blatter said that he “does not seem to be supported by everyone in the world”.