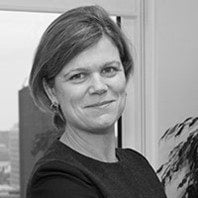 The government asked Nicola Shaw (pictured), Chief Executive of High Speed One, to look at how Network Rail should be funded and is one of three reviews looking into Network Rail’s future operations which will collectively recommend which rail improvement schemes should go ahead, how they will be prioritised and paid for, and the future of Network Rail itself.

The consultation follows recent delays and cost overruns which have led to a number of improvement work projects being suspended.

Nicola Shaw says in the report’s preamble: “Great Britain has Europe’s fastest growing and safest railway, and one of its most financially successful. Part of the country’s collective psyche, the railway is important for economic and social development, requires substantial public investment, carries us around – daily for some, on occasion for others – has significant impacts on our built environment and landscape, and is, mostly, photogenic. These things, together with the colourful characters who have worked on, designed, managed and regulated the system, mean that rail is regularly featured in the British media and discussed around kitchen tables, on social media, and in Parliament.”

She continues: “So please do contribute – let us know, from your lenses, if we have missed things, and whether there are other aspects we should consider – only with everyone’s best brains on this will we find the right way forward for the next steps in the journey of the rail industry.”

James MacColl, Head of Campaigns, Campaign for Better Transport, said: “We welcome the Shaw review which we hope will ensure that our vital rail infrastructure is put onto secure financial footing, and help avoid more threats to future investment. This interim report shows that proper attention is being given to the potential value of devolving planning and decision making to the regions. However, the fixation with running the network like a business will only lead to a repeat of disastrous mistakes.

James continued: “While it is sensible to look at all options, we are concerned that full privatisation of Network Rail has not been ruled out. Railtrack showed that a company driven by short term shareholder interests was not a fit custodian of the rail network. It completely failed passengers, freight users and the country as a whole.

We need a rail structure and funding that works for everyone, and recognises the wider benefits that increased rail use brings. It is vitally important that the needs of passengers for an affordable, reliable and efficient railway are put first.”