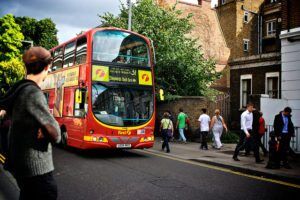 The Secretary of State for Transport has announced new measures from the Government to improve Southern rail services, Campaign for Better Transport and the Association of British Commuters have responded.

Passengers have experienced significant ongoing disruptions as a result of numerous service problems.

“This is a welcome if delayed intervention from the Government. Targeted investment, better management and stronger passenger involvement will all help in getting Southern back on track. Passengers who have endured months of cancellations and delays will want the Government to go further though, particularly as commuters are still set to see their fares go up next year.

“As well as a fund for Southern, there should be a fund for passengers to compensate them for the disruptions they’ve suffered so far, and season ticket fares must be frozen next year so commuters aren’t paying yet more for a beleaguered service. And we also need a Passenger Assembly where government, union representatives and Southern managers can answer directly to people and hear about their concerns.”

Summer Dean from the Association of British Commuters, said:

“Southern passengers have been sidelined for too long and so it’s good news there’ll be a passenger representative on this new board. We need that representative to be genuinely representative of passengers, accountable and in touch with commuters, and not just tokenistic. The question for us is, will this board take responsibility and sort out a restoration of the full service and trains running reliably to time, or will just add another layer of bureaucracy? We just want an end to the blame-shifting.”