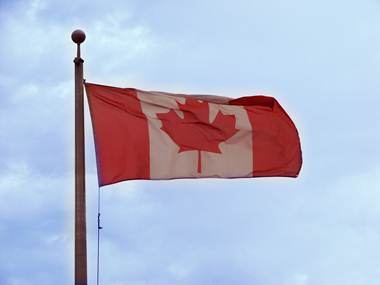 The Canadian Government has announced that it will formally withdraw from the climate change pact, the Kyoto Protocol. Charlotte Reid has the details.

Just a day after the climate change talks ended in South Africa, with limited success, Canada has decided to withdraw from the Kyoto Protocol.

The Canadian Government has announced that it will formally withdraw from the climate change pact, the Kyoto Protocol. Charlotte Reid has the details.

Just a day after the climate change talks ended in South Africa, with limited success, Canada has decided to withdraw from the Kyoto Protocol.

This makes it the first country to leave the climate change agreements.

The Canadian environment minister, Peter Kent, said the Kyoto agreement can’t work because it does not cover the world’s largest emitters the US and China.

“It’s now clear that Kyoto is not the path forward for a global solution to climate change. If anything it’s an impediment,” said Kent.

The protocol was drawn up in Kyoto, Japan in 1997, and it established international binding targets for countries to reduce their greenhouse gas emissions.

The previous Canadian Government signed up to the agreement, which wanted emissions to be 6% below 1990 levels by 2012. However, Canada has done little to fulfil these targets and by 2009 emissions were 17% above 1990 levels.

The country is now leaving to avoid having to pay penalties for not complying with the demands of the Kyoto Protocol, which according to Kent is $14 billion.

The move was expected as rumours were circulating throughout the COP17 talks. Kent was heard saying that Kyoto was a thing of the past, but at the time would not confirm if rumours that Canada would withdraw from Kyoto before the end of the year were true.

He now says that he did not announce the country’s decision to withdraw during the climate change conference because he had promised a senior UN official to not distract from the talks taking place in Durban.

“Canada went to Durban in a spirit of good will, we went being constructive, we went looking to reach an international climate change agreement that covers all major emitters”, he said.

“As we said from the outset the Kyoto Protocol does not represent the path forward in Canada. The Durban platform is a way forward that builds on our work in Copenhagen and at Cancun.”

Another reason why Canada would want to leave Kyoto is because recently they have been focusing on their oil sands projects.

Oil sands are a mixture of bitumen, oil, sand, water and clay and the Canadian sands are second only to Saudi Arabia’s.

Although the oil sands are lucrative for Canada, they are extremely harmful for the environment as a huge amount of fossil fuels are used to extract out the oil.

The move has been severely criticised by other countries, including France and China, who say it is a bad move in the fight against climate change.

There are some practical steps that you can take yourself to help in the fight against climate change which would be to speak to your financial adviser, or let us find one for you through our online form, switch to renewable energy and there is still time to make your Christmas as ethical as possible.