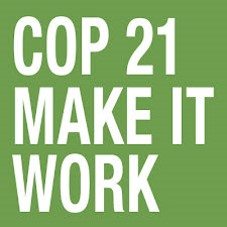 Major international partnerships under the Lima to Paris Action Agenda are mobilizing large-scale financing to protect people who the most vulnerable from climate impacts, reflecting the fact that building a climate resilient world is essential to secure hard-won development gains and ensure that future investment is not lost to climate change.

Announcements were made today under the Lima-Paris Action Agenda in the second part of the “Resilience Focus” event, dedicated to building more resilient societies and economies for people who are vulnerable to climate change impacts.

Extreme climate already impacts hundreds of millions of people every year, undermining or destroying their livelihoods, their homes and their environment. The Rockefeller Foundation estimates that over the last 30 years, $1 out of every $3 spent on development has been lost as a result of such recurring crises, a total loss of $3.8 trillion worldwide. In contrast, resilient societies and economies suffer less and recover more quickly from such natural disasters.

The initiatives in the Resilience Focus cover the full spread of peoples needs as they face increasing climate impacts, underling the fact that building effective resilience cannot be achieved in a disconnected fashion. For example, giving people early warning of extreme climate events may save their lives, but there is no additional economic benefit if they cannot get insurance in the first place.

A coalition has been launched to develop early warning systems for more than 50 least developed countries and small island developing states by 2020. The Climate Risks and Early Warning Systems (CREWS) initiative is to mobilize US$ 100 million over that period to fill gaps in existing bilateral and multilateral cooperation programs. A trust fund hosted by the Global Facility for Disaster Reduction and Recovery will support this objective. Annick Girardin, French Minister of State for Development and Francophony said: “Prevention is always the less expensive solution. CREWS is about saving lives”.

The G7 InsuResilience Initiative is to work with existing regional risk management and insurance pools, such as the African Risk Capacity and the Caribbean Catastrophe Risk Insurance Facility (CCRIF), to provide access to insurance services for 400 million people over the next five years in the most vulnerable countries.

With an initial commitment of 150 million Euros from Germany, the G7 InsuResilience is committing finance to set up the initiative and to start the first phase of implementation. The initiative will also support the development of early warning systems in the most vulnerable countries. Additional resources will be announced during Action Day.

Increase resilience for local communities in the Sahara and Sahel

The Great Green Wall for the Sahara and Sahel Initiative is a major African-led initiative with the bold ambition to restore the productivity and vitality of the Sahel region, whilst ‘growing solutions’ to the Continent’s most urgent development challenges. The initiative seeks to improve climate resilience for local communities in the region, and to increase food security for 20 million people faced with starvation in the Sahel.
As announced yesterday, the World Bank will allocate investments amounting to USD 2.2 billion for the Great Green Wall and Lake Chad.

The Global Resilience Partnership (GRP) is increasing its ability to invest in innovative resilience measures in the next five years by mobilizing additional funding, inviting others to join the partnership. With an initial commitment of US$ 150 million, the GRP’s goal is to build resilience in the Sahel, the Horn of Africa, and South and Southeast Asia, prioritizing cross-sector collaboration and innovation that enables vulnerable communities to better manage and adapt to climate change. The additional funds will allow GRP to expand coverage to other vulnerable hotspots.

 The European Union announced today a contribution of €125 million to finance emergency actions in countries affected by the extreme weather phenomenon ‘El Niño’ in Africa, the Caribbean, Central and South America. The support will contribute to the joint effort of bringing life-saving emergency assistance and increasing resilience in the affected countries. It will combine humanitarian and development assistance to address immediate needs of nutrition, water and sanitation, health and shelter. It will provide support to health structures, provision of food and safe drinking water, supplementary food for pregnant women and children. It will also help build resilience in the most exposed countries by enhancing disaster preparedness, early response mechanisms, and supporting long-term development solutions.

A new initiative has been launched to build climate resilience in the world’s most vulnerable countries by UN Secretary-General Ban Ki-moon and 13 members within the UN system. The “A2R” (anticipate, absorb, reshape) initiative is to strengthen the ability of countries to anticipate hazards, absorb shocks, and reshape development to reduce climate risks.

The new initiative is to address the needs of the nearly 634 million people, or one tenth of the global population, who live in risk-prone coastal areas just a few meters above existing sea levels, as well as those living in areas at risk from droughts and floods. It brings together private sector organizations, governments, UN agencies, research institutions and other stakeholders to scale up transformative solutions. It focuses on Small Island Developing States, Least Developed Countries, and African countries. “It is time to move from risk to resilience”, said UN Secretary- General Ban Ki-moon.

“The initiative is a multi-stakeholder partnership that focuses on accelerating climate resilience before 2020 for the most vulnerable by strengthening three elements: First, the capacity to better anticipate and act on climate hazards through early warning and early action; second, the capacity to absorb shocks by increasing insurance and social protection coverage; third, the capacity to adapt development to reduce risks at the national and international levels,” he said.

The LPAA initiatives addressing RESILIENCE Vulnerability & People are, as for today:

– Great Green Wall for the Sahara and Sahel Initiative (GGWSSI)