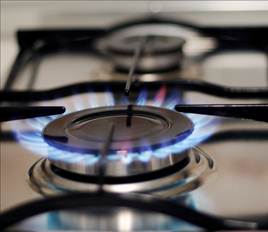 As if we didn’t know already, new statistics appear to prove that the ‘big six’ energy companies have been less than kosher in many of their dealings. Alex Blackburne looks into the findings.

Several of the most high-profile energy companies in the UK have been exploiting price hikes in the sector to pass on increasing bills to households, according to statistics obtained by The Guardian.

As if we didn’t know already, new statistics appear to prove that the ‘big six’ energy companies have been less than kosher in many of their dealings. Alex Blackburne looks into the findings.

Several of the most high-profile energy companies in the UK have been exploiting price hikes in the sector to pass on increasing bills to households, according to statistics obtained by The Guardian.

British Gas, EDF Energy, SSE, Southern Electric, E.ON and npower have all been accused of profiteering, after an analysis by researchers at Manchester University.

“There is a clear trend and this shows a widening gap between the price consumers pay and the wholesale cost paid by the energy companies”, Dr Nathan Green, one of the statisticians responsible for collating the data, told The Guardian.

It’s certainly not the first time that the ‘big six’ have had been on the wrong end of such scrutiny. A quick Google search for ‘big six energy’ relays reams of recent controversy that surrounds the UK’s leading providers.

‘Huge surge in customer complaints to ‘big six’ energy firms over billing errors and service’, wrote the Daily Mail last month. The Metro ran a story in October entitled ‘David Cameron tells ‘big six’ energy bills are too high’. And, The Sun’s ‘Big 6 energy firms use old folk in rip-off’ is arguably (and predictably) the most startling of the lot.

The allegations came just days before another Guardian revelation – this time surrounding the lending of staff to government departments by energy companies.

The newspaper found that at least 50 employees from companies including EDF Energy, npower and Centrica, have been working for free on energy issues within government in the last four years.

“Companies such as the big six energy firms do not lend their staff to government for nothing – they expect a certain degree of influence, insider knowledge and preferential treatment in return“, Caroline Lucas, the Green party MP, said to The Guardian.

“At such a pivotal time in the UK’s energy and climate change policy, as ministers must get to grips with the realities of climate change, rising costs and energy insecurity, the strong presence of vested interests is a real cause for concern.”

Both revelations individually highlight the growing need for openness and ethicalness within the energy sector, whilst also potentially explaining the reasoning behind the drastic cuts to the Feed-in Tariff scheme.

Whilst it’s not entirely a bad thing to ask for expertise in order to progress policy, the Government are asking the wrong people. David Cameron is now seemingly tight-lipped about his well-documented ‘greenest government ever’ claims. It’s sadly unsurprising that it’s the high street providers that are giving them advice and not renewable energy ones.

The answer to these allegations most certainly lies within clean energy. Visit our Energy page to find out more.