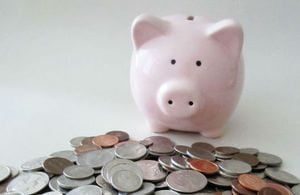 The government has confirmed that independent organisations, rather than pension schemes and providers, will provide the guaranteed guidance for all retirees announced in this year’s budget. The changes are part of plans to give pensioners more flexibility whilst encouraging people to save and think about the long term.

In March, it was revealed that retirees would be given more freedom when it comes to their pensions, being able to draw out as much or as little as they like, removing the need for an annuity. To address the issues around this, the government also committed to giving every retiree free guidance.

The changes will come into affect in April 2015. From next year, around 300,000 individuals annually with defined contribution pension savings will be able to access them.

Following the government’s consultation on how to best deliver the radical changes, it has now been confirmed that the guidance will be impartial and issued by independent firms. The guidance does not have to be done face-to-face and instead could be conducted online or over the phone.

Additionally, a new override will be introduced so that pensions schemes are able to offer individuals flexible access to their savings and the pension rules will be amended to allow providers to develop new retirement income products.

Chancellor George Osborne said, “We’re making sure that people have the right support to make their own choice about how best to finance their retirement and I’m pleased to confirm that everyone with defined contribution pension savings reaching pension age will get free and impartial guidance on their range of available choices at retirement.”

Whilst the changes have generally been well received, there are still concerns around security and an advice gap.

The increased flexibility could offer ethical and sustainable investors more opportunities to align their pensions and savings with their own values, particularly once they reach retirement age.

When the shake-up was first announced, it split the financial advice industry. Whilst some welcomed the increased flexibility, others raised concerns about pensioners’ ability to manage their assets to maintain a lifelong income.