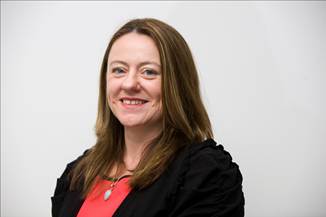 Although she did not win, Tandy still enjoyed the evening.

“Some fantastic businesses have won awards”, she said, “and I think it definitely seems like an event that we will keep an eye on and potentially nominate ourselves for next year”.

Gaeia was founded by Brigid Benson who had an interest in human rights activism, and became interested in financial advice but “wanted to ensure that money was going in an ethical direction”, says Tandy.

“She [Benson] really built the business from then onwards. It became its current form of Gaeia in 1993 and it has always had the premise of looking to invest clients’ money and support ethical and environmental issues”.

Tandy herself worked for Nationwide for 18 years, before moving on to work at The Co-operative Independent Financial Advisers.

“I believed in the co-operative style movement in comparison to working in a bank network, I became more interested in investing in an ethical way whilst working with the Co-op”, she says. But ethical investment was quite limited at the Co-op and “came across Gaeia by accident”.

“Gaeia gave me that opportunity to widen the range of investments and also allowed me to provide ethical advice to the majority of clients, which is what I am doing now”.

Tandy says she behaved in an environmentally friendly way because it was something her sister told her she should do, but it wasn’t until her son was born that she realised why caring about the environment was important, too.

“I think having a family made me think about what is the future for the planet with global warming for my children and my children’s children.

“I did as I was told previously, but I had never really thought about why I was taking my paper to the recycling bank.

“I started to think more about the reasons she asked me to do it, rather than just doing as I was told.

“I think having a family made me think differently about the world that we live in.

“I later became more involved with supporting and talking about environmental issues through Friends of the Earth in Chester where I am still treasurer“.

And even Tandy’s desert island celebrity has an environmental theme – she would choose green MP Caroline Lucas. “I have followed Caroline on Twitter for some time so it would be great to meet the person behind the tweets”, she says.

She would like to pass the time by discussing “topics such as being a female politician and the first green party MP, amongst other conversations around climate change and various charity and campaigns she has supported”.

Recently Gaeia has merged with Castlefield, a Manchester-based Investment Management business. The merger will enable Gaeia founder, Brigid Benson, to devote more time to spreading the word about the environmental and ethical investment options available to individuals, businesses and charities.

Tandy says that when the two businesses met, “it just seemed like a really good fit”, as Castlefield have been looking to increase the financial advice side of their business for a number of years.

Gaeia were also encouraged by Castlefield’s approach to supporting employee ownership and “know that our future was secure and that we weren’t going to be taking over by a much larger financial services business going forward”.

‘Who am I supporting with my investment?’

As other have said before to Blue & Green Tomorrow about the return on ethical investments, Tandy says, “Research has shown that long term you don’t have to be disadvantaged to invest ethically”.

However, she points out that many of Gaeia’s clients are already interested in environmental issues so “the returns are not paramount.

“The first decision is ‘Where is my money going?’ and ‘Who am I supporting with my investment?’”.

But Gaeia, which work on a fee basis, does not have one fund that it recommends above others “we work on a basis of spreading the client’s money around”, Tandy says.

“We run some model portfolios which means we spread our investments over a range of 14 funds and we don’t really pull one fund out over another in that portfolio.

“Our aim is not about putting one ethical fund above another but making sure that our clients invest in a range of funds across the UK, overseas, corporate bonds, water.

“It is much easier now to find the range of ethical funds needed than when Benson started the company in 1993.

“We desperately hope the recent press from Henderson’s and Aviva relating to SRI funds will not put a dent in the range of funds available for future clients“.

There are a number of reasons why ethical investing is still a small sector says Tandy.

“I think a lot of it is about understanding”, she says.

“There are not many of us that specialise in this field in the UK and we can only reach so much of the population.

“I think the clients we work with are the clients that have very strong ethical principles in the way they run their lives.

“I don’t think people understand that they have a choice and that they can make those sorts of decisions with their investments and their pensions.

“We try to reach out as much as we can but there is a limit to how any individual small ethical business can get out there and educate the general population”.

This is where Blue & Green Tomorrow plays a role. We let you know more about ethical investment and the opportunities that are available to through the work that businesses like Gaeia do.

To find out more about what Gaeia can offer you visit its website. Alternatively you can fill in our online form and we will put you in touch with an ethical adviser near you.

About where she’s based

The industrial revolution and the part the city played in the textile industry boom caused Manchester to grow. When the number of cotton mills in the city started to decline, it saw a rise in the financial services sector.

Manchester also has a great political history, playing an important part for the Labour Party and the suffragette movement. The city also has importance in the history of Marxism as it was used as the subject of Friedrich Engels’ The Condition of the Working Class, and even Karl Marx would visit the city.

The city is noted for its culture and music; both the Gallagher brothers from Oasis come from Manchester, as do Johnny Marr and Morrissey from The Smiths, to name but a few musical talents.

The city is also known for its media links, with the BBC recently moving some of their London offices over to Salford.

It is also known for its sport. The city is home to both Manchester United and Manchester City, has played host to the Commonwealth Games back in 2002, and the World Lacrosse Championships in 2010.

In November 2011, Manchester City Council was placed in the top five per cent of organisations across the country that has taken action to monitor and reduce their amount of carbon emissions.