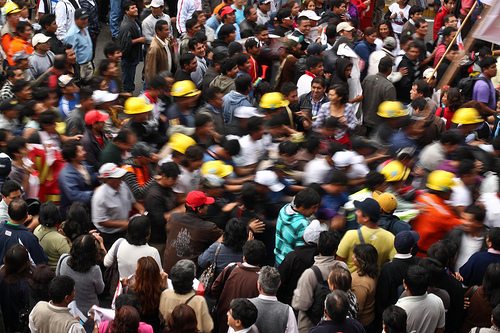 The number of people on the planet is projected to keep rising to the end of the century to 11 billion individuals without stabilising, putting enormous pressure on natural resources, societies, health services and the environment, a new study has said.

A new study published in the journal Science has contested previous figures suggesting that the global population would reach 9 billion by 2050 and then gradually decline.

Instead, the new research argues that there is a 70% chance that population will continue to rise to 11 billion in 2100, with largest growth expected in Sub-saharan Africa.

Lead author of the study Prof Adrian Raftery, from the University of Washington, said, “The previous projections said this problem was going to go away so it took the focus off the population issue.

“There is now a strong argument that population should return to the top of the international agenda. Population is the driver of just about everything else and rapid population growth can exacerbate all kinds of challenges.”

Challenges of overpopulation include a lack of social and health services, but especially a huge pressure on the natural environment and resources. There is unlikely to be enough resources for 11 billion people and likely to fuel social conflicts. Population growth has also been recently linked to increasing flooding events in the UK.

Commenting on the study, Simon Ross, chief executive of think tank Population Matters, said, “Population policy has been abandoned in recent decades. It is barely mentioned in discussions on sustainability or development such as the UN-led sustainable development goals.

“The significance of the new work is that it provides greater certainty. Specifically, it is highly likely that, given current policies, the world population will be between 40-75% larger than today in the lifetime of many of today’s children and will still be growing at that point.”

Education has been outlined as the key element to reduce birth rates, especially among African women in rural areas, but also in the West. TV naturalist David Attenborough, a supporter of Population Matters, previously said that having large families is irresponsible.