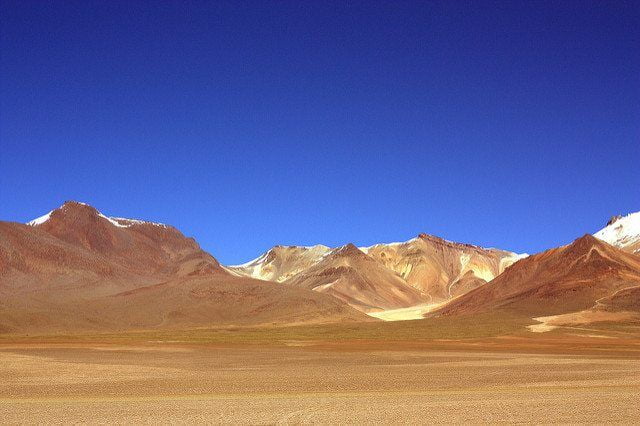 A 100% renewable electricity system would be the cheapest electricity production method for South America, and could be achieved by 2030.

A study by Lappeenranta University of Technology (LUT) and VTT Technical Research Centre of Finland Ltd. also shows that a 100 percent renewable system (100% RE) is the cheapest electricity production option and can be achieved with very few energy storages.

“South America has a unique renewable energy resource base since one of the best wind sites globally is in Patagonia, the best solar energy sites are in the Atacama Desert, hydro power is already used in large amounts and the sustainable biomass potential is significant. For these reasons, South America is one of the most favourable regions globally to shift to a 100% RE system,” explains Professor Christian Breyer.

The cost of electricity in a 100% RE system ranges between 47 to 62 euros per megawatt hour, depending on the applied assumptions. In comparison, other options, including new nuclear and carbon capture and storage (CCS), are 75-150 percent higher in cost than the 100% RE.

The study also showed that if the current industrial natural gas demand in South America is replaced by power-to-gas technology, the need for energy storages will plummet. This is called system integration in which power-to-gas, but also other technologies, increase the flexibility of the electricity system without the need for large energy storages. This flexibility lowers the cost of electricity. This integration is estimated to save up to 13 billion euros.

The research is one of several similar studies the researchers have conducted on other regions of the world. Results have already been published for North America, Northeast Asia, Southeast Asia, Central Asia and Russia, the Middle East and Northern Africa, Sub-Saharan Africa and Europe. These studies have allowed the researchers to highlight regional issues. South America has a competitive advantage over other parts of the world to develop a 100% RE system.

The study was done as part of the Neo-Carbon Energy research, which is funded by the Finnish Funding Agency for Innovation, Tekes, and is carried out in cooperation with Lappeenranta University of Technology (LUT), VTT Technical Research Centre of Finland Ltd. and the University of Turku, Finland Futures Research Centre.