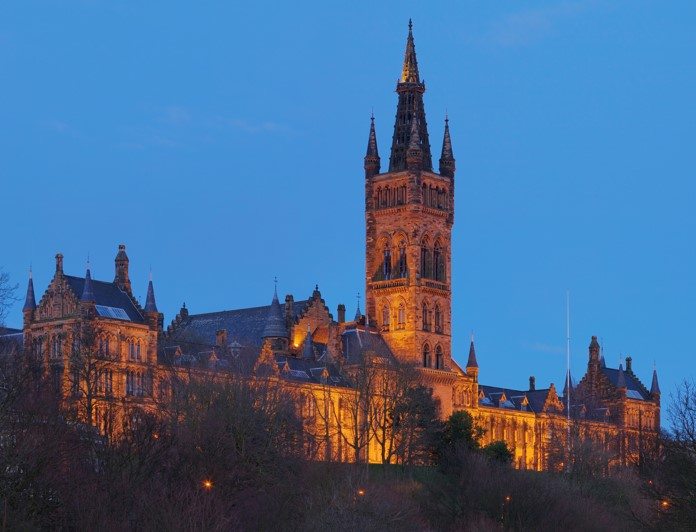 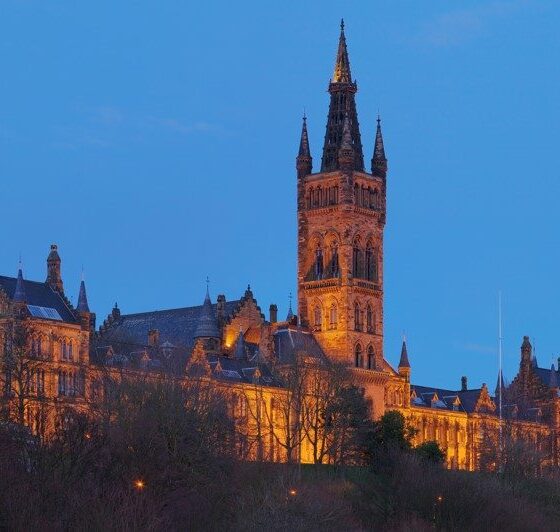 The University of Glasgow has been confirmed as a Living Wage employer at the start of Living Wage Week. The move follows a 40 pence increase in the Living Wage which will benefit thousands of employees at Living Wage-accredited organisations. The increase has been calculated independently and set by the Living Wage Foundation in partnership with the Poverty Alliance.

Cabinet Secretary for Fair Work, Skills and Training Roseanna Cunningham and Poverty Alliance Director Peter Kelly were at the University to welcome the announce of the new rate of £8.25 at Glasgow, co-ordinated with events elsewhere in the UK.

To date more than 380 firms in Scotland have become accredited, with Living Wage Week 2015 expected to further raise awareness in the public, private and third sectors.

The University, which employs over 7,000 people has also confirmed it has signed the Scottish Business Pledge.

Ms Cunningham said: “I am really pleased to welcome the University of Glasgow’s accreditation and their signing of the business pledge. They are one of the city’s most significant employers and their involvement sends a strong signal to the university sector that accreditation is both achievable and desirable.

“This is an important landmark in our drive to have at least 500 accredited employers by March next year. With so many employers signing up in the last year alone, thousands of Scottish employees have received a pay rise, and the announcement of a new rate of £8.25 will be further welcome news.

“With around 100 firms gathering for the UK’s first Living Wage Expo in Edinburgh last month, awareness of the Living Wage and its benefits to employers – increased staff morale, reduced absenteeism and higher levels of productivity – is clearly on the rise.

“Scottish Ministers will be closely involved with Living Wage Week 2015 and plan to visit a number of firms with more accreditations to follow. I would urge all employers to consider the Living Wage to help both their business and its employees.”

Peter Kelly, Director of the Poverty Alliance, added: “Today’s rate announcement represents a significant pay rise for thousands of employees across Scotland. There are now over 380 accredited Living Wage employers in Scotland, and we are confident that we will meet the target of 500 by March.

“It is important that we recognise those employers who have chosen to do the right thing and ensure that their staff earn a fair day’s pay for a fair day’s work. Low wages, combined with changes in the benefits system have trapped people in poverty for too long. We know there is a solution and paying the Living Wage is part of that.

“Well done to those employers who are already accredited. We hope that others will follow in your footsteps in the coming weeks and months.”

“We’re proud to confirm our commitment to the Living Wage and the Scottish Business Pledge. They form an important part of our ongoing actions to improve the working lives of our staff, who play such a vital role in making the University the inspiring place it is.

“We have paid our staff at this level for several years now, making the necessary adjustments to the national pay scales accordingly. From May this year we have taken steps to ensure that all casual workers we engage are paid at least the Living Wage, and we’re keen to remain an exemplar of good practice in the higher education sector.”