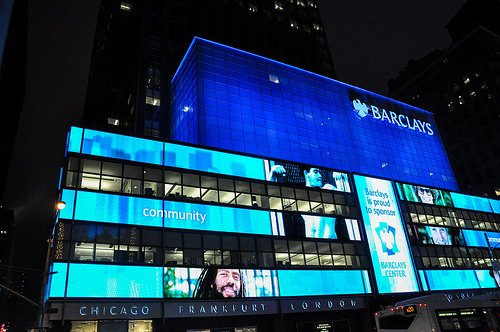 After announcing adjusted pre-tax profits of over £7 billion, Barclays chief executive Antony Jenkins has unveiled a new strategy that he says will ensure the bank makes money “in the right way” in the future.

Jenkins told BBC Radio 4’s Today Programme that Barclays will look to simultaneously improve shareholder returns while staying true to an updated set of values, but that it will take “years” to shift its poor reputation in the minds of the public.

He also reaffirmed his call for employees to quit  if they didn’t agree to the bank’s renewed principles of respect, integrity, service, excellence and stewardship.

Jenkins took over from Bob Diamond last year, after his American predecessor resigned in the wake of the Libor scandal – for which Barclays was fined £276m.

The bank’s adjusted pre-tax profit was announced to be £7.05 billion for 2012 – up 26% from the year before. But alongside its new strategic values comes 3,700 job losses – half of which will come from Barclays’ investment banking arm in the UK.

This forms part of Jenkins’ plan to reduce risk across the institution, and to align all departments with the five core principles.

He also revealed that the part of Barclays that aids clients in legal tax avoidance would also be shut down.