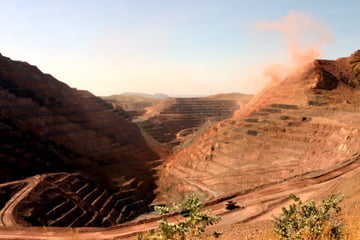 The Reserve Bank of Australia (RBA) has cut its key interest rate to 2.75% from 3%, in a bid to combat sluggish growth in the extraction industry.

Governor Glenn Stevens said, “Growth in Australia was close to trend in 2012 overall, but was a bit below trend in the second half of the year, and this appears to have continued into 2013.

“With the peak in the level of resources sector investment likely to occur this year, there is scope for other areas of demand to grow more strongly over the next couple of years.”

The RBA is confident that the move will help other sectors to grow. By cutting the interest rate, it hopes to bring down costs for businesses and increase growth.

“There has been a strengthening in consumption and a modest firming in dwelling investment and prospects are for some increase in business investment outside the resources sector over the next year”, Stevens said.

“The board judged that a further decline in the cash rate was appropriate to encourage sustainable growth in the economy, consistent with achieving the inflation target.”

Australia experienced a mining boom in the 1960s and 70s, when plentiful reserves of gold and iron were found in western areas.

The country has been the world’s leading exporter of coal, which provides 85% of its total electricity, since 1984. As a consequence, Australia was one of the largest per capita carbon dioxide emitters on the planet.

In April, though, coal power production fell to its lowest level in a decade. Accordingly, greenhouse gas emissions from electricity generation also decreased.