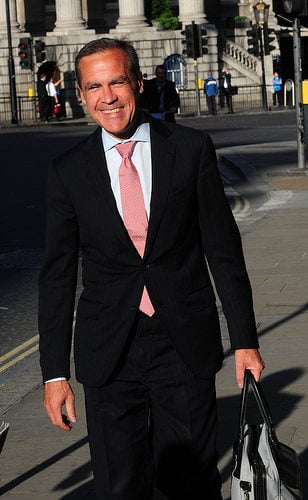 The Bank of England has unveiled its new inflation strategy, with governor Mark Carney saying that the Bank will not raise interest rates until unemployment has fallen to 7%.

The forward guidance aims to reduce uncertainty and increase financial stability, to keep inflation near 2% and allow the UK’s economy to recover. The economy “has been subject to substantial disturbances during the past six years”, according to the Bank’s report.

“The Monetary Policy Committee (MPC) agreed its intention not to raise Bank rate from its current level of 0.5%  at least until the Labour Force Survey (LFS) headline measure of the unemployment rate had fallen to a ‘threshold’ of 7%”, the report says.

The MPC added that the interest rates would stay unchanged, unless “it judges that additional monetary stimulus is warranted”.

Until the unemployment rate reached 7% – it is currently at 7.8% – the Bank won’t cut back on its £375 billion asset purchase programme, and will try to “maintain the current exceptionally stimulative stance of monetary policy”.

However, Carney, who began his tenure as governor in July, pointed out that the 7% unemployment rate is not a ‘target’.

“It’s the best summary indicator of the conditions in the economy at which the MPC would begin to withdraw the exceptional monetary stimulus that is in place”, he said.