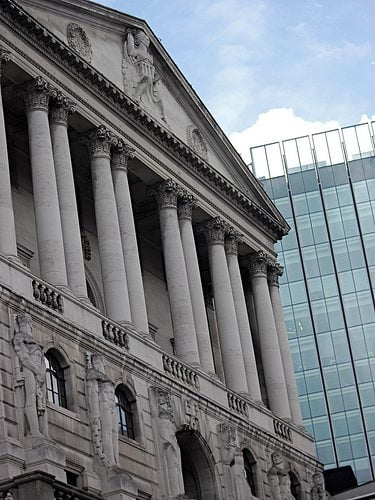 Some of the UK’s leading economists have said that the Bank of England should keep interest rates at 0.5% until wages catch up.

The Independent Treasury Economic Committee (ITEM Club) has warned policymakers at the Bank that increasing interests rates too early could damage the economic recovery.

The ITEM Club, which is sponsored by accountancy firm EY (formerly Ernst & Young), published its winter forecast on Monday, in which it warned that whilst employment was rising, real-term wages were relatively stagnant.

Peter Spencer, chief economic adviser to the EY ITEM Club, said, “It is hard to find another episode in time where employment has been rising and real wages falling for any significant period of time. The weakness of real earnings is proving to be the government’s Achilles heel and could prove to be the weak spot in the recovery”.

The authors urge the Bank of England to amend its forward guidance policies, which sets out employment targets, in which the governor Mark Carney said that interest rates would remain at 0.5% until unemployment falls below 7%.

The report also predicts that despite a depression in wages, economic growth will be driven predominantly by consumers, who Spencer claims are reducing the amounts they save in order to fund their spending sprees.

A recent poll of economists found that a large majority (93%) believed that employment would not rise beyond 7% throughout 2014, which would result in the interest rate staying at 0.5%.