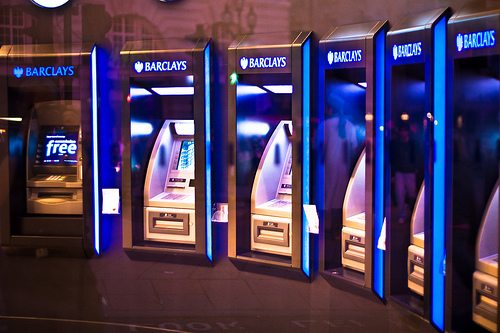 The market share of Britain’s biggest five banks dropped 5 percentage points in 2012, as 2.4 million customers closed their high street accounts in favour of alternative options, according to new data.

Campaign group Move Your Money, which revealed the statistics at an event at St Paul’s Cathedral on Wednesday, says the shift is a “massive response from ordinary people” to the recent scandals and crises in the banking sector.

Events such as Libor fixing, payment protection insurance mis-selling and handing out inappropriate remuneration to top-level executives have led to dissatisfaction on the high street, and greater interest in more ethical and sustainable alternatives. Many, including Triodos, Ecology Building Society and Charity Bank, were profiled in Blue & Green Tomorrow’s Guide to Sustainable Banking 2012.

In December 2011, the big five – Barclays, HSBC, Lloyds TSB, Natwest and the Royal Bank of Scotland (both owned by the RBS Group) and Santander – occupied 79.3% of the current account market. However, just 12 months later, that majority had dropped to 74.3%.

Of the big five, only Santander gained market share in that time. So-called ‘challenger’ banks such as Nationwide and the Co-operative also increased their stakes.

Move Your Money chief executive Laura Willoughby said, “The constant slew of scandals last year has opened the floodgates, and people are beginning to realise that they don’t have to put up with the arrogance of the big banks.

“People are switching because they are angry about the lack of reform in Britain’s broken banking system, and have decided to take matters into their own hands.

“This shows that real change won’t come from Westminster or the boardroom, but from ordinary people putting their foot down and saying ‘enough is enough’.”

Research by YouGov from October 2012 indicated that as many as 14.1 million high street banking customers would ditch their providers – if they believed switching was easy.

However, testimonies to Move Your Money from customers who have switched their banks suggest that the process is much simpler than people think.

Alistair McClean from Newcastle, for example, who switched his personal and business accounts from Barclays to Handelsbanken in 2012, said, “Switching banks was so straightforward that I actually enjoyed telling Barclays why I ditched them.

“I wanted a bank that would treat me as a human being, and would use my money for socially and ethically responsible projects.”

Meanwhile, George Osborne announced changes in February that, from September, will make the bank switching process even easier for unhappy customers.