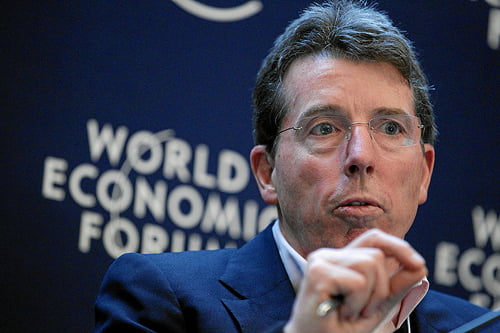 After securing board support on Friday evening and overseeing the resignation of chairman Marcus Agius yesterday, Diamond has discovered that a week is a long time in banking and politics these days.

Barclays has been under significant pressure over the last six months but Diamond’s fate was finally sealed when the LIBOR-rate fixing scandal became public.

The London Interbank Overnight Rate is the average interest rate estimated by leading banks in London that they would be charged if borrowing from other banks. LIBOR underpins £350 trillion of derivatives and its manipulation is a serious ethical and financial fraud.

By manipulating this rate, Barclays’ traders and shareholders were able to profit significantly. It’s fair to point out that several other main high street banks, who between them have 75% of the current accounts, are also accused of manipulating the rate.

What is most shocking is that this story first broke in the Wall Street Journal in 2008. The industry rounded on the report’s authors. One of the key authorities, the Bank of International Settlements, which “fosters international monetary and financial cooperation and serves as a bank for central banks“, stated that “available data do not support the hypothesis that contributor banks manipulated their quotes to profit from positions based on fixings“.

This view was supported by the IMF. This brings to mind Adam Smith’s maxim that, “People of the same trade seldom meet together, even for merriment and diversion, but the conversation ends in a conspiracy against the public, or in some contrivance to raise prices.”

We will be covering Diamond’s appearance at parliament tomorrow as he will be able to speak more freely about his knowledge of the rate and this weekend, we’re producing a feature on banking’s role in building a sustainable future.

In July, we’re releasing a Guide to Sustainable Banking, but in the meantime we recommend Move your Money and our guide to ethical banking, which you can find here and here.

What is a bank?