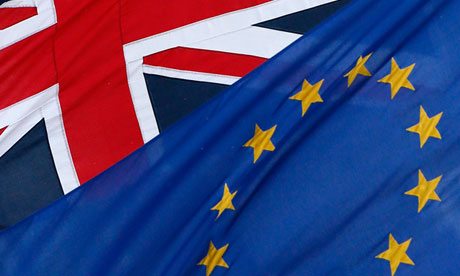 The European Investment Bank (EIB) will provide GBP 360 million to this initiative that will significantly increase the roll-out of smart meters to reduce energy use and help households save money.

The programme is a key part of the scaling up the use of smart meters in Britain, and one of the largest smart meter schemes in Europe to date. The roll-out will be managed by Calvin Capital, a leading funder, owner and manager of gas and electricity meters.  Individual meters will then be used by customers of energy suppliers.

“This is a significant step for Calvin’s ambition of becoming the leading provider of financing and management services to energy retailers in respect of smart metering.  Calvin has been, and continues to be, a pioneer in smart meter funding and management.  Working with our world class lenders and shareholders, including the EIB for the first time, has allowed us to develop funding solutions that are flexible and cost effective in meeting the requirements of our customers over the next few years.” said Jim Macdonald, Chief Executive Officer of Calvin.

“Smart meters make it easier for households and businesses to save energy and this huge roll-out will help to significantly cut carbon emissions. As part of our commitment to support GB energy investment, the European Investment Bank is pleased to provide GBP 360 million to back Calvin’s crucial project that will enable millions of energy users to save money. This programme provides a benchmark for similar smart meter schemes across Europe in the future.”said Jonathan Taylor, European Investment Bank Vice President.

European Commission Vice-President Jyrki Katainen, responsible for Jobs, Growth, Investment and Competitiveness, added: “I’m very pleased that the European Fund for Strategic Investments – which is at the heart of the EUR 315 billion Investment Plan for Europe – is helping to finance this worthwhile project. Smart meters improve customer awareness of how much they are spending on their energy bills so they can make informed decisions on their energy use. With COP 21 taking place right now, it is very positive that over half of the EFSI projects to be approved by the EIB so far are in energy efficiency and renewable energy.”

The programme will support the UK Government’s plans to ensure that over 53 million smart electricity and gas meters are installed in every domestic property in Great Britain by 2020. The energy industry has spent the last four years learning, testing, trialing and developing how the roll-out will work in practice.  The mass roll-out will begin in 2016.

Calvin was advised by The Royal Bank of Scotland (financial) and Hogan Lovells.  The commercial lenders were advised by Allen & Overy while Linklaters acted for the EIB.