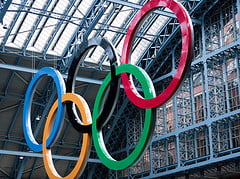 The London 2012 organisers had promised “the greenest ever Games”, but controversial link-ups have led to serious questions over whether the decision-makers truly understand the term ‘sustainability’.

A group of protesters has written a letter objecting to the announcement that BP will be one of six sustainability partners at the London Olympics this summer. Given BP’s history of unsustainable practices, the complaints should come as a surprise to no one.

The London 2012 organisers had promised “the greenest ever Games”, but controversial link-ups have led to serious questions over whether the decision-makers truly understand the term ‘sustainability’.

A group of protesters has written a letter objecting to the announcement that BP will be one of six sustainability partners at the London Olympics this summer. Given BP’s history of unsustainable practices, the complaints should come as a surprise to no one.

The oil giant is both a carbon offset and sustainability partner at the Games, whilst also, somewhat jarringly, being named the official oil and gas partner.

Though BP’s roles were announced nearly four years ago, the recently sent open letter raises a number of important moral points, and states, “While [BP] may have won its bid with an impressive list of proposals, the company’s ethics and history seem to have evaded scrutiny”.

The list of 34 signees includes academics and campaigners, as well as representatives from Greenpeace, People & Planet, Climate Rush, Carbon Trade Watch and the Polaris Institute. Jess Worth, co-founder of the UK Tar Sands Network, also adds her name to the letter. “The idea that BP is a suitable sustainability partner for the London Olympics beggars belief”, she said.

“Whoever okayed this decision clearly has no understanding of what ‘sustainability’ means”.

Being selected as both sustainability and oil and gas partner at the Games does appear to be a conflict of interests given the finite and unsustainable nature of fossil fuel consumption.

BP’s revenue streams tap into Arctic exploitation, its involvement in frontier oil projects and deepwater drilling. Add to that the on-going devastation caused by the explosion at the company’s Deepwater Horizon rig in 2010—a disaster that saw 20 million gallons of oil leak into the Gulf of Mexico—and major cracks appear in BP’s sustainable credentials.

“BP is clearly using Olympic sponsorship as an opportunity to greenwash its sullied image, as it has been doing with its sponsorship of the arts over recent years”, Worth added.

“We think the Olympics organisers need to revisit the decision to allow BP this honour, and disregard the corporate spin to embrace a vision of sustainability that involves moving beyond dirty fossil fuels”.

In response, a BP spokesperson claimed that the company was “working with London Organising Committee of the Olympic and Paralympic Games (LOCOG) to make these Games the most sustainable yet”, but failed to address the overbearing unsustainable nature of its business.

In a poll of just over 3,000 UK adults, only 18% were unaware of BP’s Olympic sponsorship. More importantly, 38% of those who were aware thought that BP was indeed working efficiently towards a sustainable future.

Alastair Macdonald, director of sponsorship insights at Havas, said, “These results provide persuasive evidence that sponsoring the Olympics Games can make a real difference to how people perceive a brand”.

The open letter concluded by calling for a more ethically-driven selection process, “We request that you reconsider the terms of the partnership with BP, and put in place a more stringent ethical sponsorship policy that is in line with Olympic principles and the Code of Ethics, that will prevent BP and similar companies basking in such undeserved glory in the future”.

The Blue & Green Tomorrow plan for a sustainable future certainly holds itself to more rigorous criteria and excludes such large-scale polluters as BP. Your investment choices are part of that plan, so if you want to help create a more sustainable system, get in touch with your financial adviser and start asking which companies your money is supporting. No IFA? No problem—fill in our online form and we’ll connect you with a specialist ethical adviser.

How BP’s growth in profit doesn’t mirror its ethics