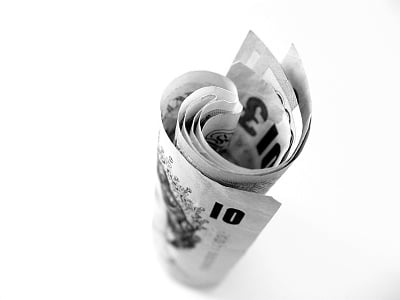 A new campaign, the Energy Bill Revolution, is calling for the Government to use the money raised from carbon taxes to help make homes energy efficient.

Research from energy efficiency company Camco found that if the money raised by the Government in carbon taxes was put towards improving homes, it would be sufficient to bring 90% of homes out of fuel poverty and help create 200,000 jobs.

According to the research, such an initiative would reduce carbon emissions on a scale that the Government’s energy efficiency schemes could not achieve.

The report estimates that the Government will get around £64 billion from carbon taxes by 2027 – averaging out at £4 billion a year. The suggestion is that this money could support the Government’s energy efficiency scheme. Without additional support and resources schemes like the Green Deal and the Energy Company Obligation (ECO) will fall short of the Government’s targets.

Indeed, the Green Deal could fail in its current format. The Government’s own figures show that there will be a drop in the uptake of energy efficiency boosting improvements such as loft and cavity wall insulation, which means without additional support and resources, climate change targets might not be met.

Ed Matthew, director of Transform UK which is co-ordinating the campaign, said that it is “nothing short of a national scandal” that more people are dying in cold homes than on the roads because of high heating bills.

Mike O’Connor, chief executive of Consumer Focus which co-funded the research, said, “Billions of pounds will go directly from our energy bills to the Exchequer as part of schemes to cut carbon emissions.

“That money could reap a double benefit if it was directed to reduce massively our wasteful consumption of energy.

“We want to transform the cost of energy for households, the economy and the environment. Recycling carbon taxes should be a big part of that transformation.”

A petition was launched on February 27 to raise support for the Energy Bill Revolution campaign. It has already received backing from over 50 charities, unions, consumer groups and businesses; these include Friends of the Earth, Save the Children and Asda.

Meanwhile, Labour MP, Alan Whitehead, has co-sponsored an Early Day Motion for the plan to be discussed in Parliament.

Whitehead said, “The Government is planning on substantially increasing taxes on carbon over the next few years. Rather than going straight into George Osborne’s pockets, it’s vital we use this windfall to fund substantial new investment in insulating our homes and providing cheaper renewable energy across the UK”.

If you want to cut down on carbon emissions and boost renewable energy then consider using Good Energy.

Government’s own figures show that Green Deal could fail

Green Deal gets the green light

Related Topics:GovernmentGreen Deal
Up Next

Row over air pollution: is it really “business as usual”?