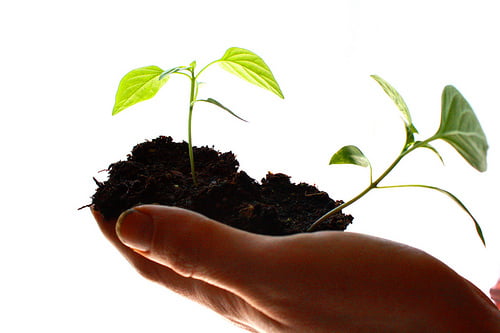 Celebrating the work of E.F. Schumacher

“The system of nature, of which man is a part, tends to be self-balancing, self-adjusting, self-cleansing. Not so with technology” – E. F. Schumacher, 1973.

On this day in 1977, one of the world’s leading economists and philosophers, Ernst Friedrich Schumacher, died, aged 66, in Switzerland. But his work is still as relevant and inspiring 35 years after his death.

Better known as Fritz and professionally referred to as E. F. Schumacher, he studied economics in Berlin, Oxford and New York, as well as in his hometown of Bonn, Germany.

He wrote for The Times and The Economist, published a number of significant texts and is widely regarded as one of the motivations behind the modern green movement.

Last year, Blue & Green Tomorrow spoke with Martin Stewart, an independent financial adviser based in Bristol, who picked out Schumacher as one his foremost influences.

“He had a fantastic mind and spirit“, he said.

“He was the embodiment of wisdom and pragmatism and believed that economics was a means to an end – its true aim was to enable people to live peacefully within themselves, with their fellow human beings of all races, religions and nationalities.” 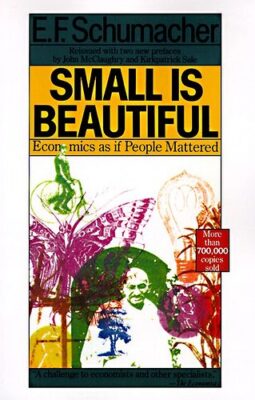 Ethical Superstore co-founder Andy Redfern cited Schumacher as an inspiration in setting up one of the country’s most recognisable fair trade, organic, and eco-friendly product providers, whilst Raj Thamotheram, one of the leading thinkers in the sustainable investment space, paid homage to Schumacher’s work through the notion of “investing as if the long-term matters”.

This is a direct hat-tip to what is widely perceived as the German economist’s most powerful publication: Small Is Beautiful: Economics As If People Mattered, which was published in 1973.

The ideas and theories that Schumacher laid out in Small Is Beautiful helped pave the way for the environmental movement of the 1970s, and it wasn’t down to pure coincidence that Greenpeace, Friends of the Earth and the Green Party of England and Wales were all formed not long after its release.

In the book’s epilogue, Schumacher comments on the growing need for control over “mankind’s population and consumption of resources“ – a high-profile struggle still at the forefront of the green agenda.

“Unless this is done”, he writes, “sooner or later – and some believe that there is little time left – the downfall of civilisation will not be a matter of science fiction. It will be the experience of our children and grandchildren.”

Schumacher wrote this in 1973 – 39 years ago – and even then he said there was little time left to change things. So how much time do we have now?

The quote at the top of the page from Small Is Beautiful, “The system of nature, of which man is a part, tends to be self-balancing, self-adjusting, self-cleansing. Not so with technology”, highlights that mankind has, in effect, gone too far with technology.

Technology has become somewhat of a burden. Coal power plants are pumping uncontrollable amounts of carbon dioxide into the atmosphere and we’re trekking to previously untouched corners of the Earth – and even the most vulnerable regions – in our quest for oil and gas. Man has become power hungry.

But by generating energy from the sun, wind, waves and tide – things that Schumacher called “natural capital” – by opting to buy products that are home-grown, fair trade and organic, and by investing in funds and companies that have a positive effect on the planet, its people and all of its prosperity, we are presented with a perfect opportunity to redirect our own fortunes.

We can learn an awful lot from the work of E. F. Schumacher.